Building Your Business Through Profit Sharing 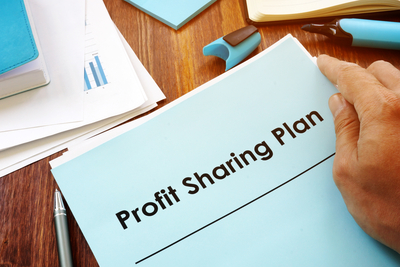 There is one thing that profit sharing helps avoid. “The chances of having a bad year are less and less because you weren’t pulling it by yourself,” said Dick Erickson of Sun Tire in northern Florida. “The whole group was going to get hurt by a bad year.”

When Dick Erickson was building his business, Sun Tire, in northern Florida, he took a different approach than many other entrepreneurs. Of course, he wanted to be successful, but that wasn’t all about profit margins and moving the most product.

“We prided ourselves on having the best women’s bathroom in town,” said the author of How the Rubber Meets the Road: a Blue-Collar Roadmap to Success for Business Owners and Entrepreneurs, during the SEMA webinar, “Wheel and Tire Industry Insights, Part 3: Building Your Business Through Profit Sharing.”

After growing up in rural North Dakota, Erickson attended North Dakota State University before serving a tour of duty in the United States Marine Corps as a helicopter pilot flying hundreds of rescue missions in Vietnam. After a crash in the demilitarized zone, Erickson hid in a friendly village until he could make his escape. He made it back to the United States and returned to North Dakota to earn a degree.

He got into the tire business in Florida, working at a Big 10 Tires in Panama City and then moved on to set up stores in Albany, Georgia, explained Tyson Boyer, an outgoing chairperson of the Wheel & Tire Council, which co-presented the webinar. 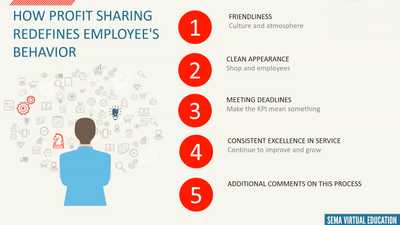 At its most basic, sharing profits creates a positive environment within the company.

Striking out on his own in 1981, Erickson started Sun Tire in Orange Park, Florida, and from the beginning, he was always looking at industry leaders to see what they were doing best. “I started reading who was setting the bar higher than most and after about 10 or 15 years, I realized there were some companies who were really getting it done,” he said.

One such company was Les Schwab Tires, which was headquartered in Bend, Oregon,
and had stores throughout the western United States.

“I started visiting them on the West Coast and started observing them,” said Erickson. “They were head and shoulders above everything else I had seen in the industry.”

Like any successful business, the Schwab outlets had good locations and competitive product, but they had one thing that set them apart—profit sharing.

Erickson met Schwab once. “His question to me was, ‘What are you doing for your employees?’” recalled Erickson. 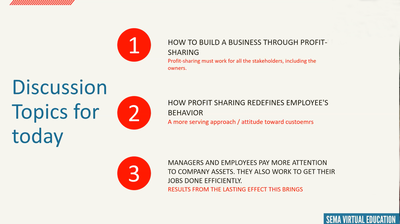 Every employee must be included in the profit-sharing plan and they all need to feel like they are going to benefit.

While some companies have profit sharing for management and maybe middle-management, Sun Tire’s plan was all-inclusive with even the hourly workers. “Fifty percent of the profits for the owner and 50% for the employees,” said Erickson. “Every person was going to get a piece of the action.”

The managers and assistant managers put up half the assets of the company, excluding the real estate. The store, the receivables, the inventory and the equipment were used to finance future shares of employee bonuses.

“They became part of the program and as the hourly guys were brought on, they became stakeholders,” said Erickson.

Once that happened, things changed. The stores looked cleaner, the employees became more aware of their appearance and held each other to higher standards. Shrinkage was reduced because the employees knew that having to replace equipment would cut into their profit-sharing bonus. “People don’t steal from themselves,” said Erickson. It may sound weird, but Sun Tire was the first company of its kind to dress employees in white shirts, which helped contribute to that clean, professional image.

There was also a high level of transparency. The hourly employees knew what the manager and the assistants got for a bonus if the store hit a certain dollar threshold, so everyone pulled together toward the same goal.

With a corporation made up of 11 stores, there needs to be some central administration, but Erickson said that profit-sharing helped eliminate middle management. He had a right-hand person who helped oversee a handful of stores and then he had two other regional managers. Early on, Sun Tire was spending about four percent on administration, but by the time Erickson sold, that number was down to 1.75%. 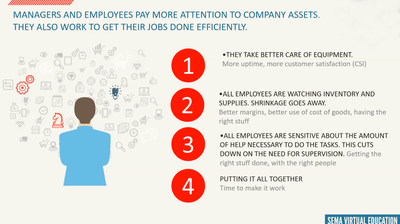 If employees feel like they have an ownership share, the equipment is maintained and there’s almost zero threat of theft.

Sun Tire did have a call center and when a customer wanted information such as tire and installation prices, Erickson made sure the consumer had the “drive-out” price up front. “We tried to stay away from matching prices, but every week we checked the competition’s pricing in price-sensitive areas,” said Erickson.

Some tire stores list a product price, but then hit the consumer with additional fees when the time comes to pay. “You’d have an upset customer who would say, ‘I’ll take it this time, but I’m not coming back,” said Erickson. “We told our customers, ‘You can write a check now for that amount and bring it to the store with you.’”

And when an issue inevitably did arise, Erickson said, “We were quick to move on any complaint immediately and that sometimes meant that the employee had to move on.”

Because Sun Tire didn’t pay employee commissions, there was no pressure to upsell. “Defining what it did for the employees, they would go overboard on how they interacted with the customer,” said Erickson. “I saw that consistently.”

There was also less downtime and employees became increasingly self-sufficient, taking on more challenges and expanding their abilities. If a store hired someone who wasn’t pulling his/her own weight, the other employees basically sent the message that he/she should move on down the road.

Bonuses were handed out at the end of each month, with 15% being held back for a retirement plan for all the employees. “Most companies forget one of the most important things in our industry, which is a well-defined retirement program,” explained Erickson. Performance incentives also included trips to the SEMA Show. 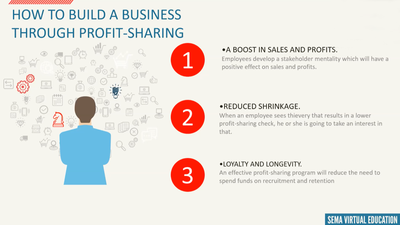 Introduce profit-sharing and you’ll find that employees are more inclined to stick around for the long-term.

When it came to promotions, Erickson said that when he opened a new store or had a management position at a flagship location, it was pretty easy to find the right candidate to take the helm. “If someone was outgoing with a lot of talent, we would put them in a bigger store. It was who was doing the best job with his store,” said Erickson. “But not everybody wanted the pressure of a bigger store.

Along those same lines, a successful company has a formula that it follows and Sun Tire’s employees needed to follow the program. “We had to be very tight on that,” said Erickson, adding that they had to watch “the achievers” as closely as the non-achievers. “We had some pretty hard meetings and the achievers had to be counseled as much as anyone else.”

Finally, there is one thing that profit sharing helps avoid. “The chances of having a bad year are less and less because you weren’t pulling it by yourself,” said Erickson. “The whole group was going to get hurt by a bad year.”