In February, SEMA introduced a new program that makes it possible for automotive aftermarket parts manufacturers to meet the legal requirement for emissions compliance under the Environmental Protection Agency’s (EPA) Tampering Policy. The program, called SEMA Certified-Emissions (SC-E), gives manufacturers the ability to verify that a product meets the EPA’s “reasonable basis” criteria and is therefore legal for sale in 49 states.

Under the new program, the SEMA Garage staff will assess manufacturers’ needs and advise as to the most appropriate path forward, whether that includes applying for a California Air Resources Board (CARB) Executive Order (EO) or SEMA emissions certification. The following are some of the publications that reported on how the SC-E program will give manufacturers much greater options and opportunities. 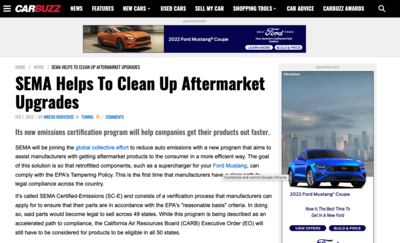 Nikesh Kooverjee described the new SC-E program as an efficient way to get aftermarket parts to consumers. “This is the first time that manufacturers have a clear path to legal compliance across the country,” he wrote. “With SEMA doing its part, enthusiasts will gain access to legal modifications more easily.” 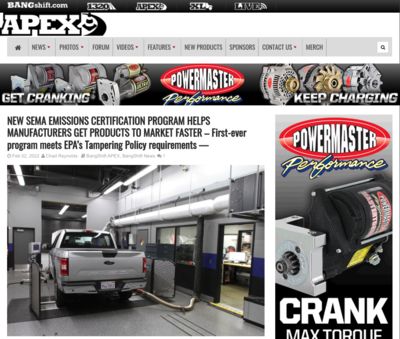 “These are the kinds of things that make our hot rodding and racing world a better place because parts can be made better, faster and more accessible,” wrote Chad Reynolds. He also described how SEMA Garage has made an impact for manufacturers through resources, technology and certification programs. 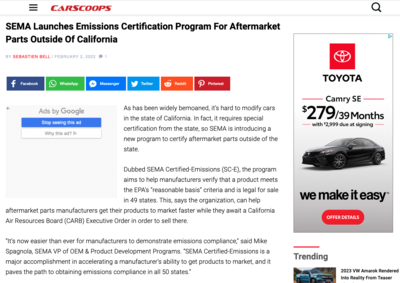 In informing readers about the SC-E program, Sebastien Bell added that the program builds off SEMA Garage’s work in helping aftermarket parts manufacturers apply for CARB EOs. Since 2014, SEMA Garage has helped secure more than 500 CARB EOs—over half of all performance parts EOs issued by CARB. 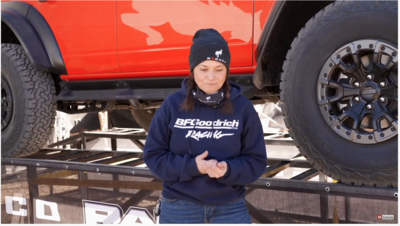 SEMA News caught up to Shelby Hall standing next to a real-world Bronco Raptor. Hall is literally one of the few civilians with any seat time in the new model. She could barely contain her excitement as she gave the video team a quick tour around the vehicle.

New King Crowned at the 2022 Nitto Race of Kings 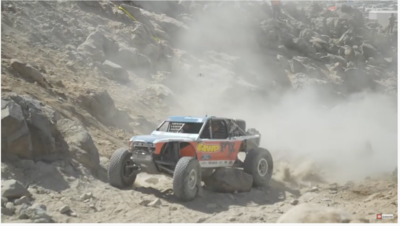 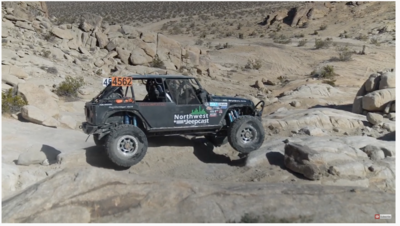 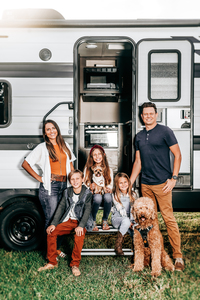 Pickens Party of 5 features the adventurous lifestyle of Matt, Krista, Kyla, Asher and Maia Pickens. From off-roading to camping, they document not only their love of travel and adventure but also the build of their new Ford Bronco and Super Duty Tremor. They have an upcoming cross-country trip where they will test both vehicles on trails in Moab, Utah. They hope to have their rides featured at the 2022 SEMA Show and also to inspire other families to add a little adventure to their lives. 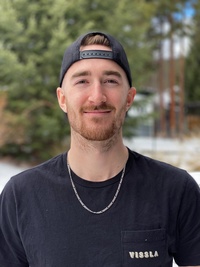 A 22-year-old builder from British Columbia, Canada, Komant stumbled upon content creation by setting up a build page on Instagram to share with his friends. That new-found interest pushed him to different limits as a builder by becoming more creative with his modifications through inspiration from other builders and feedback from his followers. Komant documented a full rebuild of his ’04 GMC Sierra on TikTok and Instagram, generating content that caught the eyes of his partners and secured him a spot at the 2021 SEMA Show. 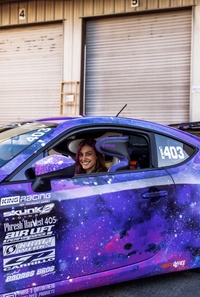 Crayton is a 21-year-old influencer and dual-sport driver. She started bracket racing at age 18. She was named Import Face-Off Bracket Champion, was featured on “All Girls Garage,” obtained her 7.50 NHRA license, and finished in the Top 10 of Battle of the Builders Young Guns division at the 2021 SEMA Show. With more than 550,000 followers on TikTok and more than 2 million views of car builder content, Kaylee is a force to be reckoned with, on and off the track. 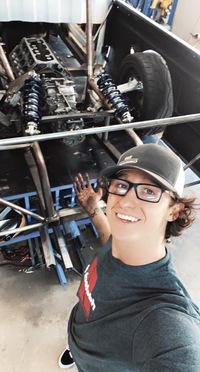 Cole Reynolds grew up surrounded by cars in a family that built and raced everything from Super Comp dragsters and classic ’50s hot rods to 6-sec. drag-week cars. Reynolds is currently building a tube-chassis, mid-engine and center-driven Chevy LUV pickup with the goal to build the ultimate Time Attack truck. Reynolds has transformed his passion into a career where he not only produces content for his own social platforms but also manages social media for brands in the aftermarket.

“SEMA introduced a new program to make it possible for automotive aftermarket parts manufacturers to meet the legal requirement for emissions compliance under the U.S. Environmental Protection Agency’s Tampering Policy.”—Autobody News, via Facebook

“For the first time ever, manufacturers have a clear, accelerated path to compliance and can begin selling products legally in 49 states.”—Power Automedia, via Facebook

“SEMA has stepped up huge for aftermarket manufacturers by building their own lab and creating a certification program for companies that need to get products to market and are being hung up by emissions testing and tampering questions. This fixes that problem in a big way!”—BangShift, via Facebook