The winning models were featured throughout the 1.25 million sq.-ft. Las Vegas Convention Center during the SEMA Show, each uniquely customized to highlight the many aftermarket products and accessories that are available for the vehicles. The following are some of the publications that reported on the award winners. 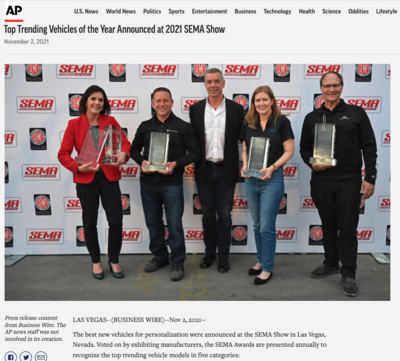 The Associated Press was among the media outlets that spread the news about the vehicles that won a 2021 SEMA Award. Readers also learned that the awards provide guidance on which vehicles offer the greatest opportunities for customization and the aftermarket products available for them. 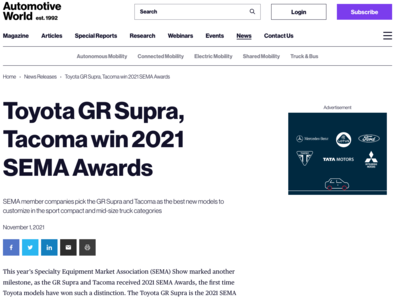 The 2021 SEMA Show was a milestone event for Toyota, as it was the first time a Toyota model had won a SEMA Award. The article described the recognition as proof that “the collaboration between Toyota and the aftermarket has resulted in greater options for consumers.” 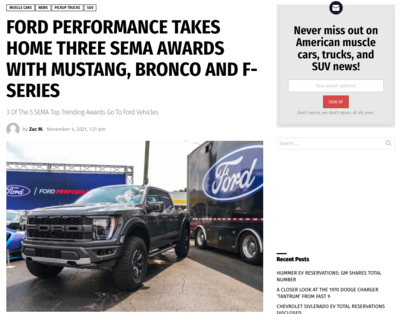 “These awards seem to have Ford’s big blue oval glowing a little brighter at the 2021 SEMA Show,” read the Muscle Cars & Trucks article. The reporter also pointed out that the Ford Bronco being named 4x4/SUV of the Year put an end to the Jeep Wrangler’s stronghold on the award.

The 2021 SEMA Show was a milestone event for Toyota, as it was the first time a Toyota model had won a SEMA Award. The article described the recognition as proof that “the collaboration between Toyota and the aftermarket has resulted in greater options for consumers.” 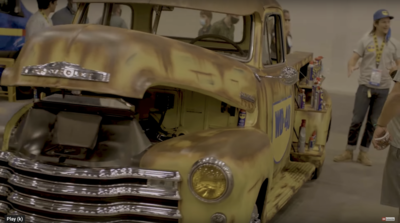 SEMA News spotted all these amazing builds on the 2021 SEMA Show floor. A Factory Five 65 Coupe, a Factory Five Cobra and a classic Chevrolet 3100—all coming up for auction to benefit SEMA Cares charity partners. Visit www.sema.org/semacares to make a donation today. 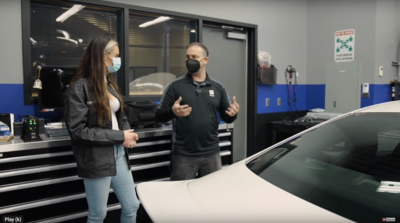 Top 12 Battle of the Builders finalist Chelsie Lesnoski (left) from Throttle Thrashers Garage got a tour around the GR86 from Toyota Spokesperson Dan Gardner. 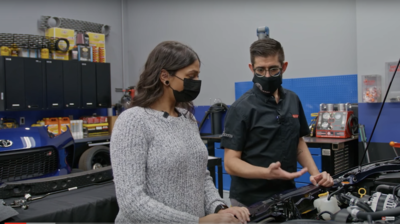 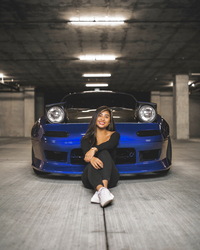 Anatalia Villaranda is a social-media content creator personality who incorporates her talents (such as her professional singing background, dancing and positive attitude) to the automotive industry. She has starred on multiple TV shows and worldwide performances and has been active on the social-media side of entertainment. Villaranda is currently building and prepping her ’94 Mazda Miata and getting it ready to hit the track for some unique content coming this year. 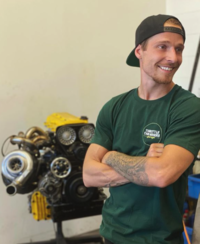 Cole Marten specializes in fabrication, mechanical and business operations and is the co-owner of Throttle Thrashers Garage in Penticton, British Columbia. Marten started his automotive journey restoring Nissan Skylines and has slowly evolved into building custom cars for customers throughout Canada and the United States. Marten’s AWD 2JZ R32 GTR earned him a Golden Ticket to the SEMA Show through the Young Guns program, and he finished in the Top 3 of the Young Guns category of the “Battle of the Builders.” 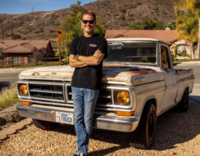 Craig LoPresti is a 22-year-old automotive videographer who owns and operates TheCraig909 YouTube channel, specializing in buying, building and driving classic cars. LoPresti does everything from engine building to paint and bodywork and documents his projects with in-depth videos covering specific topics or parts being installed/used. He posts almost daily to 16,000+ followers on Instagram and 100,000+ subscribers on YouTube. 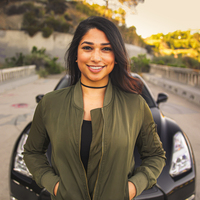 Sana Dadabhoy is a mechanic turned mechanical engineer with a passion for race cars, and she is the proud owner of ‘15 Nissan GT-R “Ladyzla.” Over the years, she has built it into the 9-sec. stock-engined street car it is today. Dadabhoy shares her adventures in tuning, power mods and drag racing on her social channels. SEMA has partnered with Dadabhoy on key industry initiatives, including the RPM Act, SEMA Individual Membership and SEMA Garage Measuring Sessions.

“The 2021 SEMA Award finalists have been announced and it’s a great list. Which vehicles are leading the league for aftermarket customization?”—BangShift, via Facebook

“SEMA-member companies pick the GR Supra and Tacoma as the best new models to customize in the Sport Compact and Midsize Truck categories.”—The News Channel, via Facebook

“The best new vehicles for personalization were announced at the #SEMA2021 in Las Vegas, Nev.”—Racing Equipment News, via Twitter