Every December, the worldwide racing industry gathers in downtown Indianapolis for the three biggest business days in motorsports at the Performance Racing Industry (PRI) Trade Show. Industry professionals navigate through the halls of the Indiana Convention Center and Lucas Oil Stadium in search of the hottest racing parts and to learn about the latest technology, trends and services. Attendees also have unprecedented access to manufacturers and their products, unlimited networking opportunities with industry leaders, and numerous conferences and seminars unique to the PRI Trade Show that they can attend. The following are some of the publications that report on the annual event. 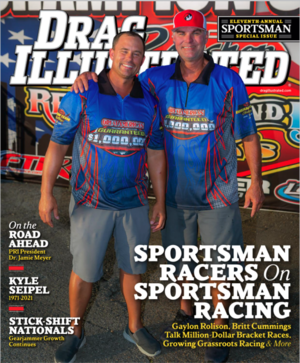 In addition to discussing PRI’s brand-new Membership Program and the success of the organization’s Road Tour, editor Nate Van Wagnen asked PRI President Dr. Jamie Meyer about the 2021 PRI Trade Show. Dr. Meyer mentioned some of the new elements that would be added to this year’s Show and why connecting in person is so valuable.

BangShift was among the media outlets that quickly informed its readers when registration for the 2021 PRI Trade Show opened. Editor Chad Reynolds’ excitement for this year’s show was evident when he wrote, “The PRI Trade Show will be in the house with all the cool race parts, race cars and racers you love to see.”

Editor Steve Baur attends the PRI Trade Show every year in search of racing parts and machinery that his readers will find interesting. Among the articles he has written is one that focused on the engines displayed at the Show. He wrote, “It’s the epicenter of new horsepower and speed parts, and many companies show these off with an engine.”

“We cover the Performance Racing Industry Show to find the latest parts, cars, racing & motorsports equipment and much more!”—Speed Academy, via YouTube

“With less than 100 days until the 2021 Performance Racing Industry Trade Show, exhibitors are preparing to connect with attendees in person.”—Motorsports Videos, via Twitter

“More highlights of best engines from a previous Performance Racing Industry show. This time we take a look a the first Ford Sprint Car race engine in years and a couple of ridiculous diesel race engines.”—Horsepower Monster, via Facebook 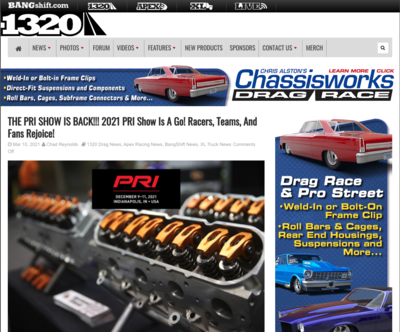