By the time this column makes it to readers, the winners of the first-ever SEMA Awards will have been announced. This exciting new SEMA Show award highlights the year’s most popular car, truck and 4x4-SUV, as selected by SEMA Show exhibitors. It is given to the most prolific vehicle models that SEMA manufacturers chose to trick-out, modify and display in their booths.

Media anticipation of the winners was high months prior to the SEMA Show, as the industry looked to the annual event to see which vehicle models exhibitors were investing in and what cool, new products they had developed for those vehicles. With several vehicle models identified as contenders for the SEMA Award, the media provided their own commentary as to which vehicles they thought would win. Meanwhile, consumers made their own predictions by taking the SEMA
Challenge—an online contest that provided them with a unique opportunity to get involved in the action.

Below is some of the coverage highlighting what the media was saying about the SEMA Award before the SEMA Show. Check out these clips to get a sense of the excitement that existed before the SEMA Award winners were announced. Then be sure to look to your favorite automotive publications to see what they’re saying about the actual winners that were announced at the SEMA Show in November. Chances are, if you search the Internet (or visit SEMA’s website at www.sema.org), you’ll be able to learn what the hottest car, hottest truck and hottest 4x4-SUV are and get details about the products that SEMA Show exhibitors offer for these vehicles! 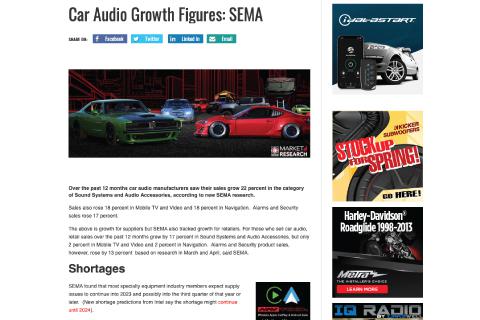 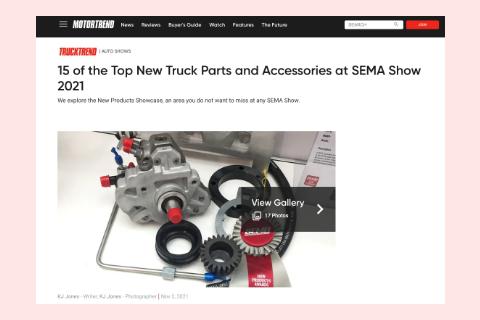