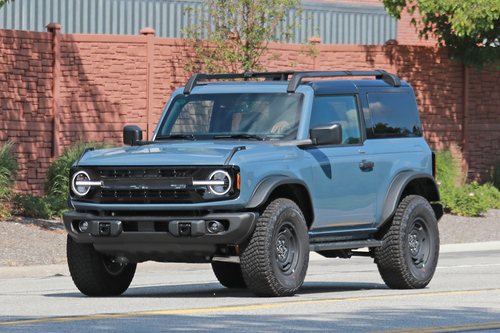 Here’s the upcoming Ford Bronco Heritage Edition testing with not a single drop of camo.

The Bronco Heritage will remove the Bronco grille and instead, replace it with a Ford script grille like the original ’66 Bronco. From there, the overall appearance of the Heritage Edition will keep things simple, taking the grille from the Base or Black Diamond trims.

A set of black wheels wrapped are presented and accounted for, along with 35-in. Goodyear Wrangler tires from the Sasquatch package.

It also looks like this model will be equipped with the long-travel position-sensitive dampers from Bilstein, also part of the Sasquatch package.

Given the lack of camo on this model, it’s safe to say that a debut is imminent, likely for the ’23 model year. 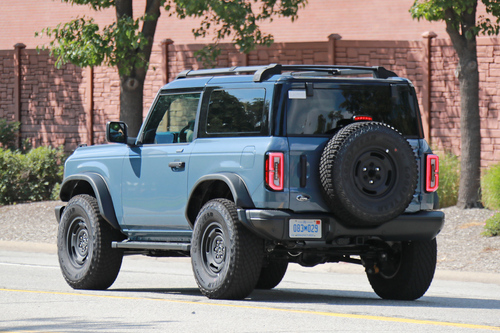