Spy photographers recently captured shots of the Ford Escape ST-line completely undisguised testing in Dearborn . The ST gains a thin light bar connecting the headlamps across the front, similar to F-150 Lightning, but the Escape will likely keep its current ICE, Hybrid and PHEV engine lineup. 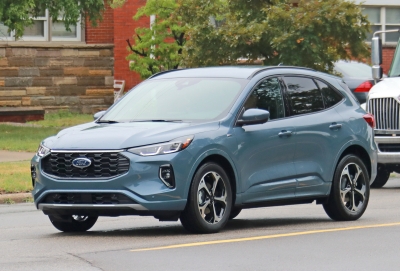 It appears that Ford is trying to further counter-balance the rugged looks of Bronco Sport with an even more urban and upscale version of Escape for city dwellers. 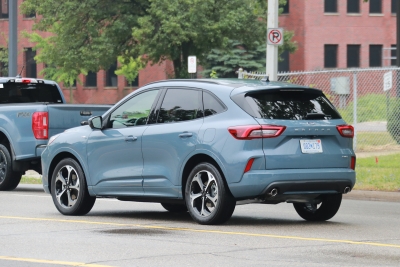 An official debut is expected by the end of Q3, with production starting by November.