Spy photographers caught one of the first looks at the '24 Silverado EV on the road. 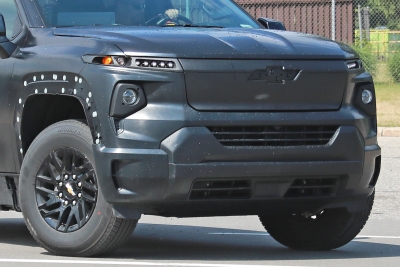 After its official debut at the 2022 CES,  there’s been little to no info on the development of the vehicle. Unfortunately, the prototype seen in our shots doesn’t have the same stature as the RST that was shown in Vegas, but rather looks similar to the Avalanche circa 2010. Judging by its looks, this appears to be an LT model of the Silverado EV. 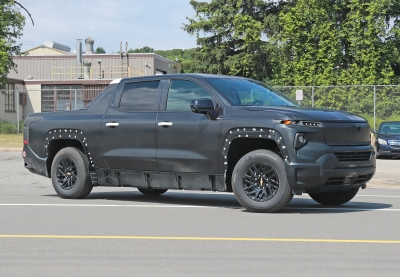 Chevy estimates that the Silverado EV will be able to achieve 400 miles on a single charge by using the largest Ultium battery pack in a production vehicle to date. Twin motors will power all four wheels, and 0-60 is said to be achieved in under 4.5 seconds. The Silverado EV will also be able to reclaim 100 miles of range within 10 minutes thanks to DC fast charging.

The Silverado EV will be built at GM’s Factory ZERO in Detroit and will likely hit dealer lots by mid 2023.