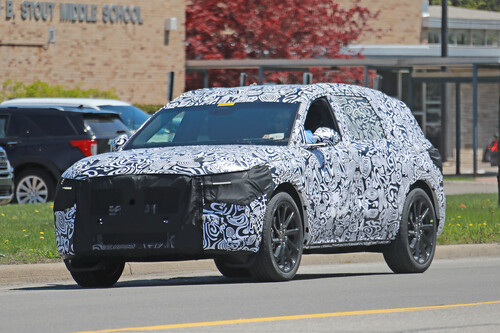 Almost four years ago, Ford Motor Co. announced that it would yank out every car in the automaker’s lineup, except for the Mustang and Focus Active due to surging demand for crossovers and utility vehicles.

As part of the radical shakeup, the Blue Oval has also discontinued the Fusion, along with its Lincoln-badged platform twins. Be that as it may, there is hearsay the Fusion will return in the guise of a jacked-up utility vehicle inspired by the low-slung Evos crossover for the Chinese market.

Produced by the Dearborn-based automaker’s joint venture with Chang’an Automobile, the Evos mid-size crossover still hasn’t been detailed in depth even though it was presented last year at the Shanghai Motor Show. Based on the 2.0L EcoBoost four-cylinder turbo, eight-speed automatic transmission, and front-wheel-drive layout, it’s likely based on the C2 that replaces the CD4 platform of the Fusion, Taurus, MKZ and Continental.

Given these details, have a good look at the camo’d prototype recently spied near the Dearborn R&D center in Michigan. Evos-inspired styling cues are obvious, but on the other hand, we’re looking at a boxy wagon-esque vehicle rather than a coupe SUV.

Considering that Ford intends to kill off the long-in-the-tooth Edge in 2023, the mid-size utility vehicle with two-row seating could be replaced by the Fusion Active. The footprint is just right for the newcomer to slot between the front-/all-wheel-drive Escape and rear-/all-wheel-drive Explorer too. 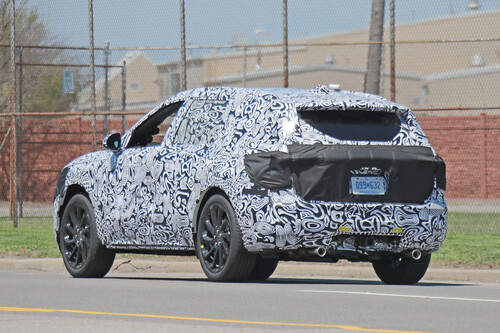