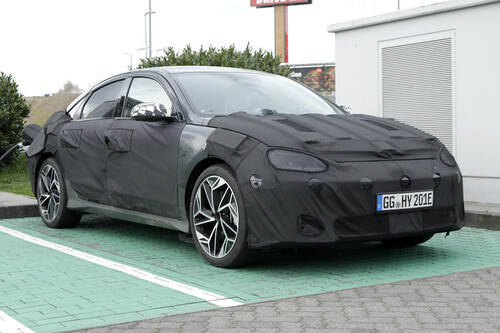 Hyundai’s Prophecy concept car will morph into the Ioniq 6 when it finally hits dealers in production form in 2023. As expected, spy shots now prove that the radical design of the Prophecy has been toned down considerably for the Ioniq 6. Nonetheless, this test vehicle shows Hyundai has made notable changes to the exterior design compared to earlier prototypes: especially the lamp-reflector units in the rear bumper have been massively modified and now strongly remind of the taillights of the Prophecy concept.

The interior will still be a stunning place to sit, but the images also show that the suicide doors of the concept are certainly not making their way to production, and that both the front and rear overhangs have increased in size, presumably because a production car needs more space for things like battery packs and trunk space. These changes likely mean it won’t have the same svelte curves as the concept.

Other details we’ve gleaned from previous spy shots include the fact that the Ioniq 6 will feature flush door handles and possibly the retention of the concept’s rear wing, which may or may not house a third brake light. As for performance, there will be two power plants with both single- and dual-motor variants to be offered, the latter of which is likely to produce more than 300 hp. 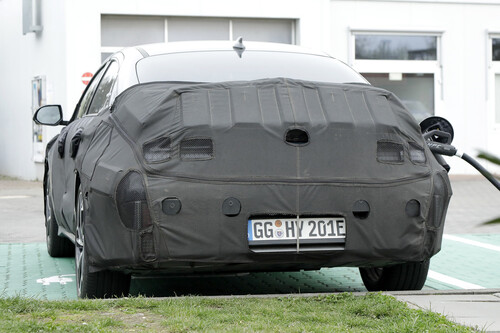