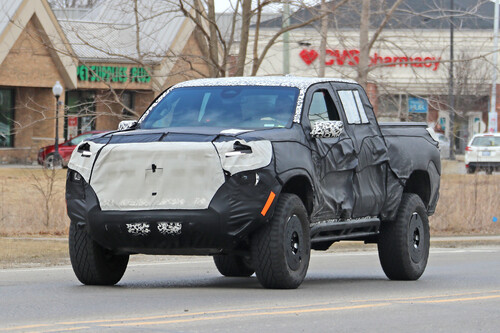 This is the upcoming ’23 Colorado ZR2 undergoing testing in Metro Detroit. The ’23 model year will see an all-new Colorado, and the ZR2 trim looks more potent than the current truck, ready to take on unpaved surfaces and tackle the all-new Ranger Raptor.

Clad in heavy vinyl camo, the model seen here is the four-door Crew Cab with a short-box setup. It features a high-clearance front bumper treatment, a set of black wheels wearing Goodyear Wrangler Territory AT tires and what appears to be a suspension lift.

The new ZR2 is said to get a new “Baja Mode” that will be focused on optimized drive characteristics in sand environments, which shouldn’t come as a surprise, as nearly all vehicles in the off-road space are getting a similar drive mode these days.

Expect an official debut in the fourth quarter of 2022, with production continuing in Wentzville, Missouri, in the first quarter of 2023. 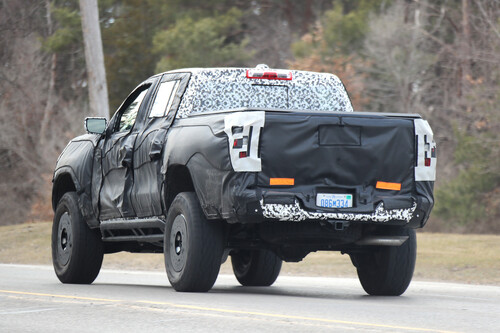