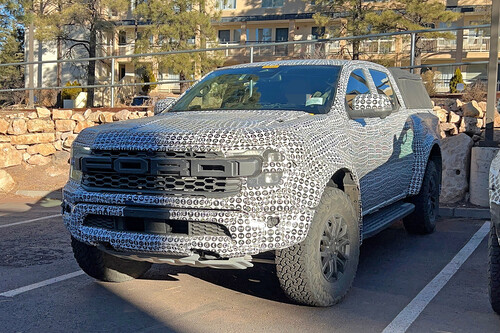 This is the next-gen Ford Ranger Raptor undergoing testing in light camo, showing us a few new elements about the off-road truck.

These new shots give us our best look yet at the front end, including the unique Ford script front grille and revised front fascia, which features a high-clearance front bumper plus fog lights and a front skid plate.

At the side, there’s a set of high-clearance running boards along with black wheels with beefy BFG tires, while the rear end features a set of dual exhausts with a black finish.

We also caught the first shots of the interior, complete with a large vertical screen and a healthy amount of red/orange accents throughout, bringing the Ranger Raptor in line with other Ford Raptor products, F-150 Raptor and Bronco Raptor. 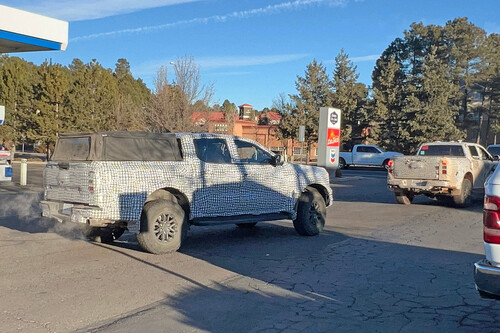