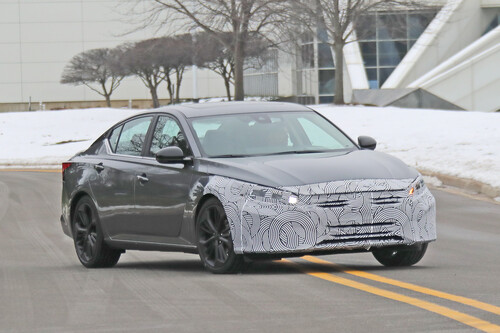 Here’s a first look at the ’23 Nissan Altima while testing in Metro Detroit.

The sixth-generation Altima debuted in 2018 at the New York Auto Show as a ’19 model, since then there have been virtually no changes made to the model other than some appearance packages and Nissan Safety Shield 360.

Looking at the prototype, the changes are only to the front end. The camo would suggest that there will be new head lamps along with a completely revised front end. More aggressive styling is expected up front that lines up with some of the recently debuted concept vehicles.

Power is still expected to come from the 2.5L I4 along with the optional 248hp turbocharged I4, both being mated to a CVT transmission.

An official debut should happen in mid 2022. 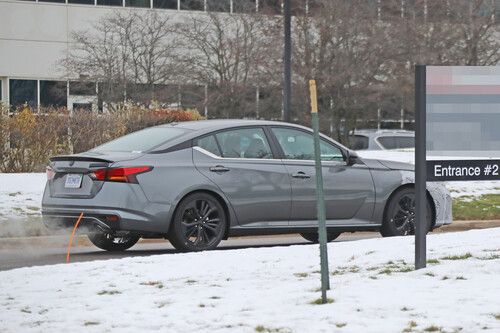