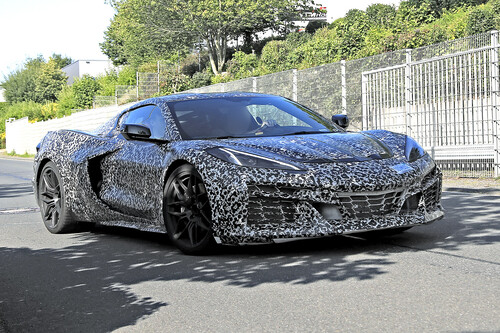 A hybrid version of the Chevrolet Corvette has been caught at the German Nürburgring. The new hybrid Corvette is expected to be called the Corvette E-Ray, trademarks for which were discovered as far back as 2015.

The prototype features a new wide-body design that will also be shared with the Corvette Z06—but lacks the Z06’s quad exhaust-pipe layout at the rear. The Z06 will debut this fall as a ’23 model, and the hybrid Corvette will likely break cover sometime in 2022, also as a ’23 model. It is expected to serve as the replacement for the Corvette Grand Sport.

It isn’t clear what powertrain the hybrid Corvette will run, but rumors point to a single motor powering the front axle and the Stingray’s 6.2L V8 powering the rear axle. Peak output is expected to fall between 600 and 650 hp, and we could even see plug-in capability, which would mean a small electric range will be possible.

A more potent hybrid system with an electric motor also at the rear axle is expected to be reserved for a future Corvette Zora flagship.

Yes, more electrification is coming to the Corvette lineup. There are even plans to launch a fully electric Corvette, a model whose existence has been mentioned by Corvette fan President Joe Biden on multiple occasions. Considering General Motors plans to have all its light vehicles powered by electricity by 2035, it’s possible the C9 Corvette will go the full-electric route. 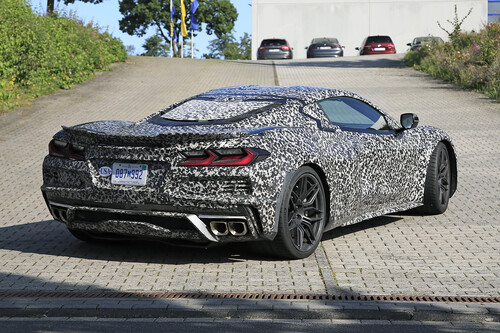