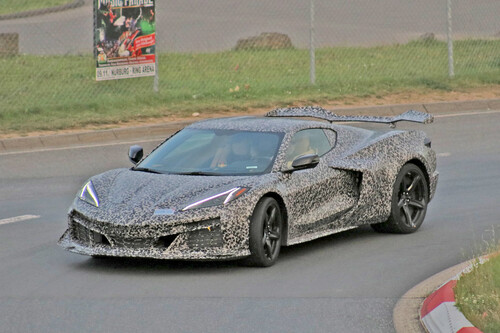 This is a prototype of the upcoming mid-engine Corvette Z06 testing in light, body-hugging camo as it arrived for track testing. This is the first time we’ve seen a C8 Z06 in body-hugging camo instead of the heavy vinyl cladding worn by previous prototypes.

The prototype seen here features a more aggressive front fascia with various additional aero bits not seen on the current Stingray. The body is wider and a very prominent wing spoiler can be prominently seen out back. A set of black five-spoke wheels and center-exit exhaust is also seen in the back.

GM has announced that the mid-engine Corvette Z06 will be revealed later this year and will launch for the ’23 model year. 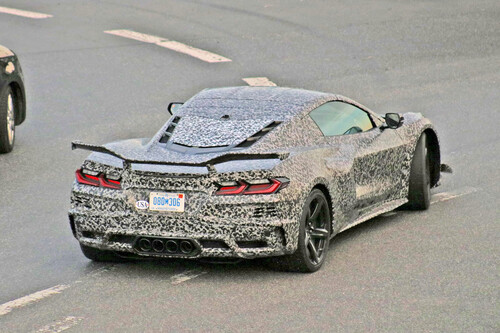