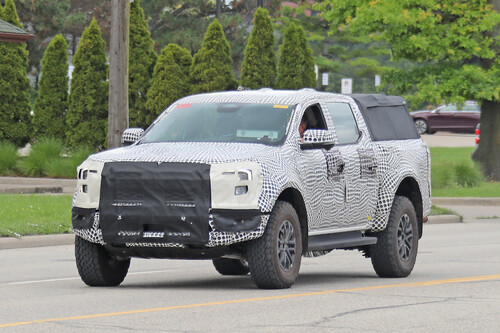 Here’s another look at the all-new ’23 Ford Ranger Raptor, this time though are the first shots of an LHD unit with an interesting soft bed topper.

Overall, the next-gen Ranger Raptor looks more substantial than the current model, with bolder proportions and stance. The front fascia will maintain the bold “FORD” lettering across the grille accompanied by a set of intricate C-shaped headlamps.

The cab and bed appear to be carryovers from the current model, which has been on sale in global markets since 2011. The prototype rides on a set of black wheels that appear to be fairly similar to the current design. A dual-exhaust setup can be seen at the rear, along with a camo’d rear suspension that hides a coil spring setup similar to the F-150 Raptor.

The ’23 Ranger is expected to launch near the end of the ’22 model year and will serve as the basis for an upcoming Volkswagen midsize pickup as a result of a collaboration agreement between Ford and VW announced in 2020. 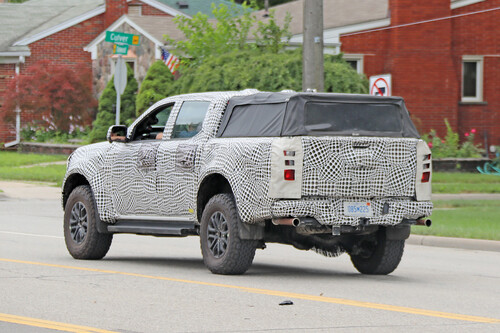