SEMA members once again joined with car clubs, automotive businesses and enthusiasts nationwide to celebrate the 12th annual Collector Car Appreciation Day (CCAD) on July 9. A wide range of events were held across America to commemorate this special day.

“I introduced this resolution because cars represent so much of the American experience. From freedom to innovation, power to performance, and industry to art, cars have reflected our country’s growth and leadership in the world. They also bring together enthusiasts and families who have collected these pieces of Americana—preserving them, passing them down from generation to generation, and sharing their stories with neighbors and friends,” said Congressman Bishop.

More than 90 official events were held throughout the month of July to celebrate the classics of the past and the future. These events included car club cruise-ins, open houses at SEMA-member companies, specialty shows at automobile museums and “drive your collector car to work” displays. Several participants also organized virtual celebrations and online promotions. A summary of CCAD festivities are available on the SEMA Action Network’s (SAN) website at www.semaSAN.com/CCAD, which includes an online photo gallery. 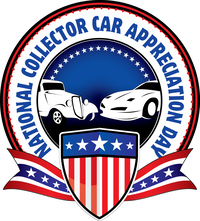