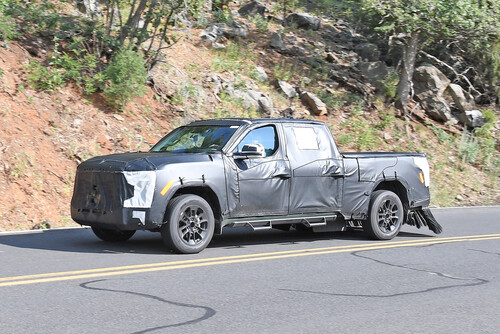 Toyota has been teasing the ’22 Tundra for about a month now, but has only shown shots of the highest trims and strategically cropped images. However, here’s a first look at the mid/base interior along with a better idea of what to expect from the Tundra.

Looking inside, the (mid/base) Tundra will receive a relatively small nav screen that is flanked by a couple of vents. Below the screen sits the HVAC controls along with a USB port for charging. Materials appear to be similar to the current Tundra, along with a similar layout to the dash.

The ’22 Tundra will ride on an all-new platform, internally called F1, that is said to be flexible enough to accommodate all Toyota body-on-frame pickup and SUV models globally. That means the platform will underpin not only Tundra, but also the Tacoma and the smaller HiLux—not sold in the United States or Canada—as well as SUV models, including the 4Runner and Sequoia.

A new 10-speed automatic that first appeared in the Lexus LC and LS models is also slated for all of Toyota’s rear-drive vehicles, including the Tundra. The Tundra will maintain its 5.7L V8, although it is believed that a hybridized twin-turbocharged 3.5L V6 setup may still find its way into the Tundra. 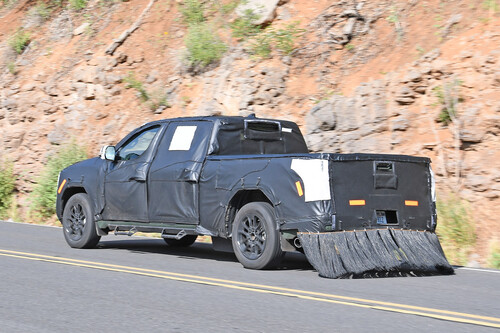