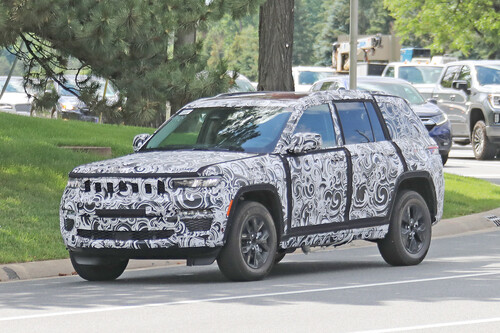 The ’22 Jeep Grand Cherokee not only is shorter than the three-row model, but it also has several different design features. The most obvious is the front fascia styling shown on this 4xe trim-level prototype. The Grand Cherokee dumps the more squared-off look of the L model for a sportier and more angular look.

Powertrain for the 4xe is expected to be borrowed from the Wrangler 4xe, which has a turbocharged 2.0L I4 engine paired with two electric motors and is good for 375 hp and 470 lb.-ft. of torque. There are rumors that an all-new turbocharged “Tornado” inline-six with standard 48v mild-hybrid electrification will eventually find its way under the hood of the Grand Cherokee. We are also told that it’ll be paired to an all new ZF eight-speed that will feature an elective drive.

The two-row ’22 Jeep Grand Cherokee is expected to start production at the company’s Jefferson North Assembly Plant this fall. 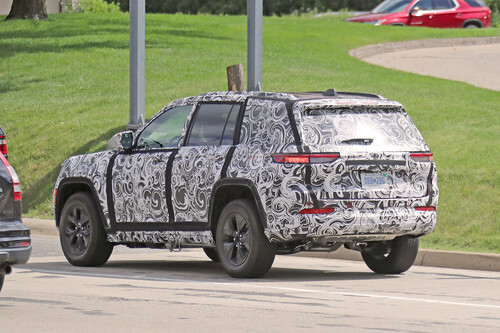