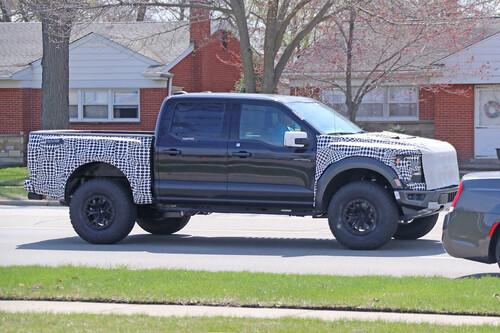 This is the F-150 Raptor R. While Ford just recently debuted the third-generation Raptor back in February, they only gave us a look at the tamer version with the 3.5L EcoBoost. These shots show that the Raptor R will have a unique grille and appears to have beefier trailing arms. It’s rumored that the rims are exclusive to the R, and as everyone knows by now, it’ll have the heart and soul of the GT500—the Predator 5.2L supercharged V8.

According to sources, the R will pump out around 725 to 750 hp, probably closer to 750 hp, especially since the GT500 puts out 760 hp. One source said “Honestly, we had to counter Ram once we knew they installed the HellCat in the TRX”. The team is allegedly looking to beat the Ram TRX in every facet of the Raptor R.

The ’21 F-150 Raptor will be assembled at Ford’s Dearborn Truck Plant, and will be available at dealers this summer. The Raptor R is expected to debut later this year with an on-sale date in 2022. 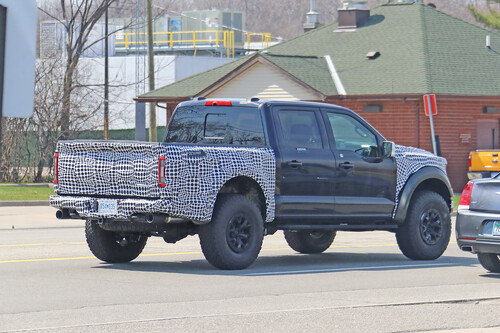