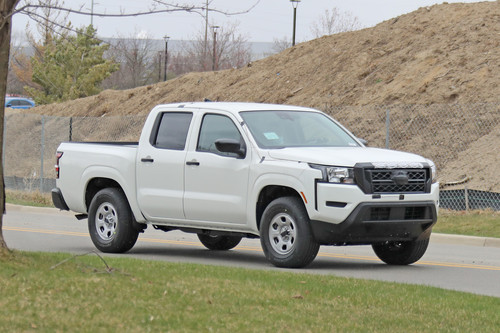 This is the upcoming the ’22 Nissan Frontier in its base trim, the Frontier S. The configuration has never been seen, as Nissan has only debuted the ’22 Frontier in Pro-4X trim. The rest of the lineup remains to be seen.

The model features a prominent lower front fascia finished in black plastic, along with the base grille configuration and base-level headlights, seemingly without any LED treatment. The wheels are the base units, complemented by black door handles and mirror caps.

Out back, this base Frontier appears to feature the same LED taillights as the Pro-4X model revealed by Nissan. A black bumper and single-exit side exhaust round out the package.

Expect more trims to be debuted via Nissan’s website in the coming months. 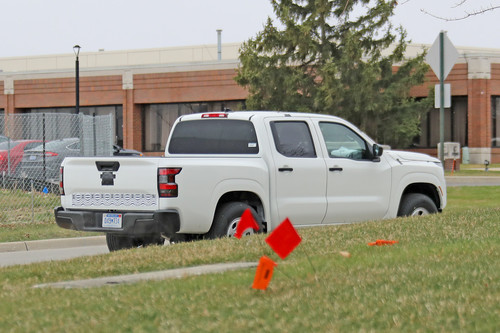