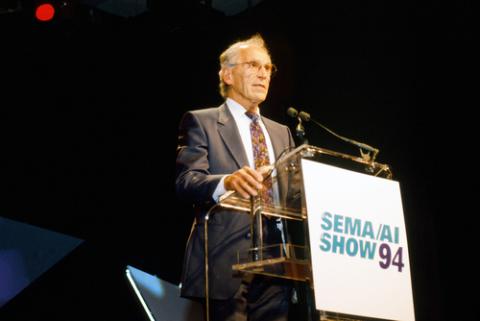 Leo Kagan, 104, passed away peacefully at his home on December 5.

He was born and raised in Ozone Park, New York, November 17, 1916. In 1936, he left New York for Cedar Falls, Iowa, on a full football scholarship, where he established records during his football career at Iowa State Teachers College (now known as University of Northern Iowa) that still stand today. After discharge from the Army in 1945 having achieved the rank of Major and obtaining his Masters Degree at NYU, Kagan worked in sales. In 1952, he moved his family to Philadelphia., where he first worked in the electronics industry. 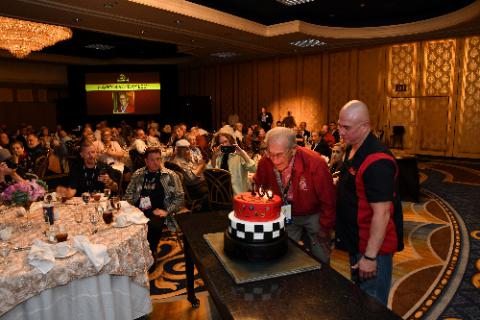 Kagan’s dedicated service to SEMA and the industry led to his 1982 induction to the SEMA Hall of Fame. It was Kagan who, as president of SEMA from 1975-79, spearheaded the unprecedented growth of the annual SEMA Show, including pushing to have it moved from Anaheim, California, to Las Vegas.

Kagan held a seat on the SEMA Board of Directors, and proposed the creation of the SEMA Memorial Scholarship Fund. He was named SEMA Person of the Year in 1994.

Kagan was known far and wide for his positive “you can do anything your set your mind to” attitude. An exercise aficionado, he often said that his years of running and later walking were deposits he put into his health bank, which allowed him to live as long as he did.

He was preceded in death by his wife Mabel (2011). He is survived by his son Kenneth, daughters Cynthia (Mike) and Stacey and three granddaughters (Andrea, Naomi, Leslie).  He is also remembered and mourned by his nephews and nieces, friends and business associates throughout the industry.

In lieu of flowers, donations in Kagan’s memory can be made to either the SEMA Scholarship Fund or University of Northern Iowa Foundation, or mail to Foundation, 121 Commons/UNI, Cedar Falls, Iowa 50614.