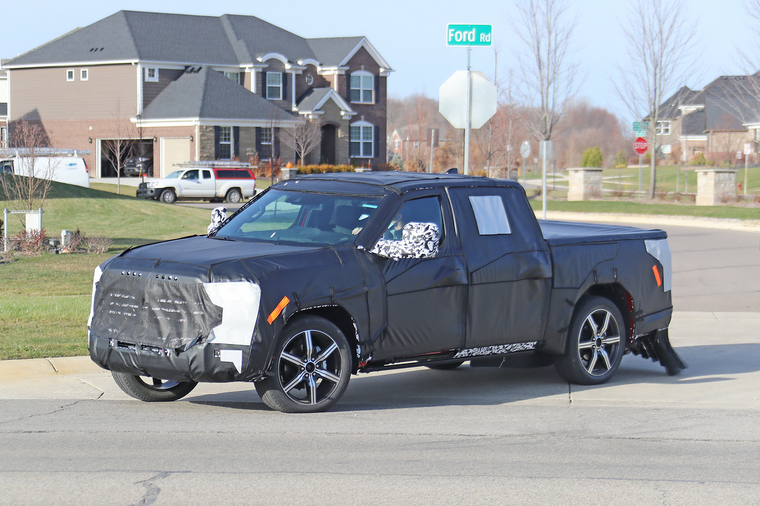 After almost two years of seeing Tundra mules running with front and back camo, we officially have our first look at the next generation truck.

Looking at our shots we can see the Tundra will gain a 6 lug setup. This prototype also maintains the street sweeper camo seen on earlier mules which strategically hides the rear axle and rear suspension. Could Toyota be taking a page from RAM’s playbook with an air suspension option? Or even wilder, an independent rear suspension? Two years later and we’re still left to speculate, but the engineers we’re extremely concerned when we tried to get a shot (down low) near the rear of the bed.

Looking at the exterior it’s hard to see what’s really going on with all the camo, but we can make out LED headlamps and taillights, a six-bar grille with triangle-ish slats, towing mirrors, exhaust switched to the drivers side, and what appears to be a large sunroof. Inside there wasn’t much to be seen because of the massive amounts of camo, but we were able to catch a glimpse of a tablet Nav screen.

The next Tundra will ride on an all-new platform, internally called F1, that is said to be flexible enough to accommodate all Toyota body-on-frame pickup and SUV models globally. That means the platform will underpin not only Tundra, but also the Tacoma and the smaller Hilux not sold in the U.S. or Canada, as well as SUV models like the 4Runner and Sequoia.

A new 10-speed automatic that first appeared in the Lexus LC and LS models is also slated for all of Toyota's rear-drive vehicles, including the Tundra. Recent rumors suggest that the Tundra will ditch its gas 5.7L V8 for a hybridized twin-turbocharged 3.5L V6 setup that could make upwards of 455 hp. While we couldn’t confirm the hybrid setup in use on this prototype, we can confirm that we didn’t hear a V8 growl. 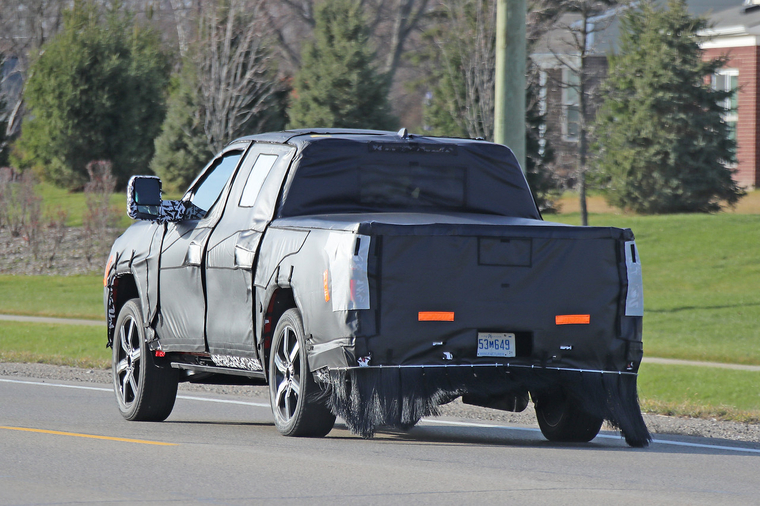