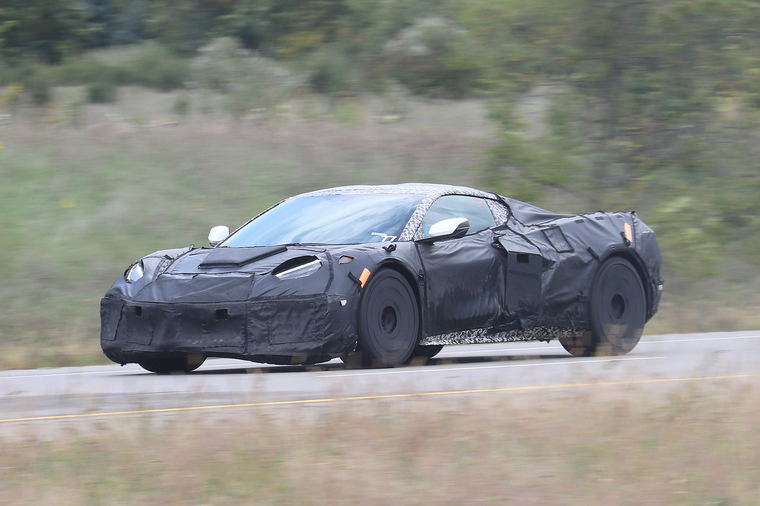 Here’s another prototype for the upcoming Corvette C8 Z06.

The prototype spotted features a staggered wheel/tire configuration, with the rear tires being particularly wide. Compared to a “regular” Stingray, the eighth-gen Z06 has a wider stance. There's camo covering what is imagined to be carbon-fiber wheels. Also, note that this prototype is missing the center-exit dual exhaust (which was caught on an earlier C8 Z06 prototype), which makes us wonder if GM may have scrapped the idea, or if this just an older prototype.

The high-pitched revs produced by the car were very distinct and are like nothing else ever seen from the Corvette lineup throughout its history. It’s expected that a high-revving DOHC 5.5L V8 is under the hood, based around the racing motor introduced in the C8.R last year. 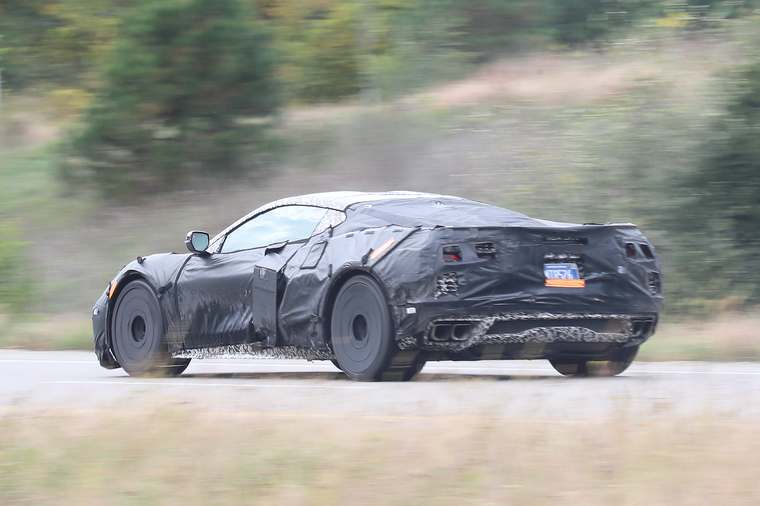