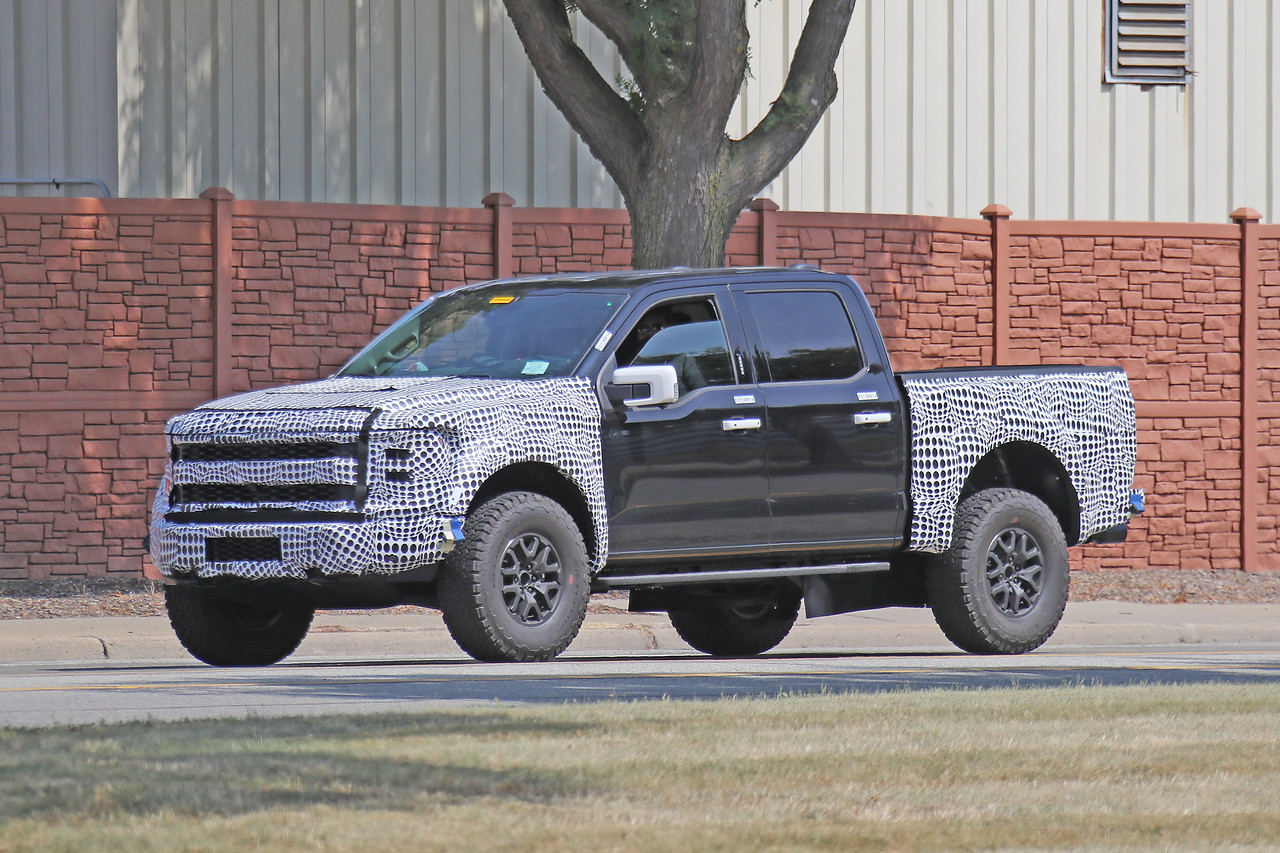 Here’s a prototype of the upcoming Ford F-150 Raptor, which has all the markings of being driven on a dirty course, looks tough and imposing. The rear underpinnings still have drape-like camo to disguise the new coil-spring suspension system.

But perhaps even more notable is the fact that the new Raptor will be powered by a supercharged 5.2 V8 engine straight from the heart of the Shelby GT500, and will make between 725 and 750 hp, according to sources. One source said “Honestly, we had to counter RAM once we knew they installed the HellCat in the TRX”. The team is allegedly looking to beat the Ram TRX at all costs. Rumbles of a V8 can clearly be heard under the hood.

Expect an official debut in early 2021. 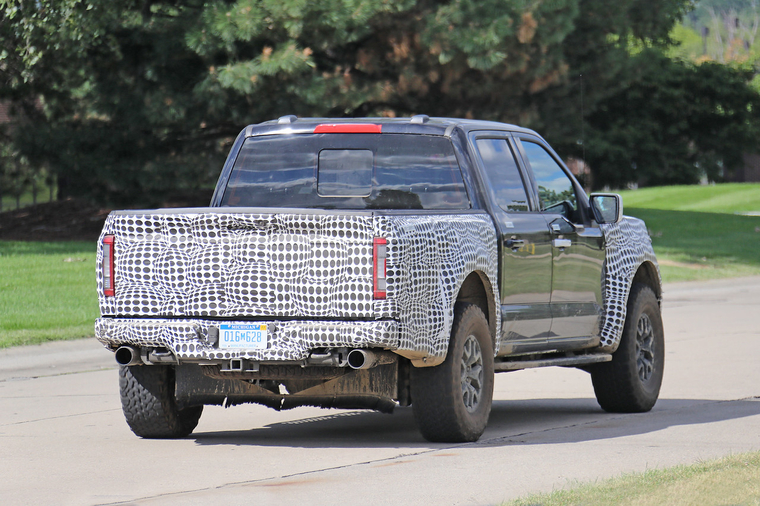