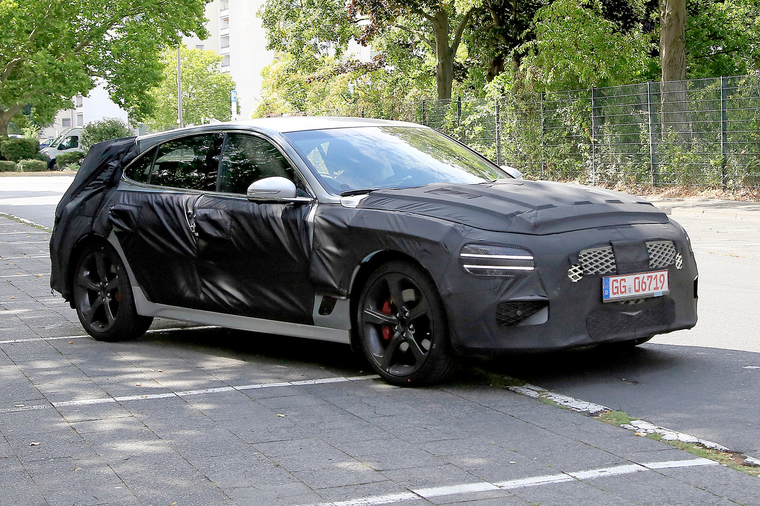 Here’s a first look at the Genesis G70 Shooting Brake. The prototype was snapped undergoing testing in Germany. While heavily camo’d, it's obvious that we’re looking at the G70 wagon, which is expected to sport the Shooting Brake moniker.

The more utilitarian body style of the Genesis G70 will launch with the facelift of the current model. It features the split horizontal headlights and taillights similar to the larger G80 sedan and GV80 SUV. We’ve already seen the same lighting on the facelifted Genesis G70 prototypes, so these photos make it clear that the G70 Shooting Brake will wear them as well. To justify the Shooting Brake description, the G70 wagon appears to favor sporty styling over practicality.

The sloping roofline and C-pillar treatment are testament to that, though for now it remains a mystery what’s behind that black cloth covering the area between the C-pillars and the tailgate. That’s because of the rather curious location for the shark fin antenna. 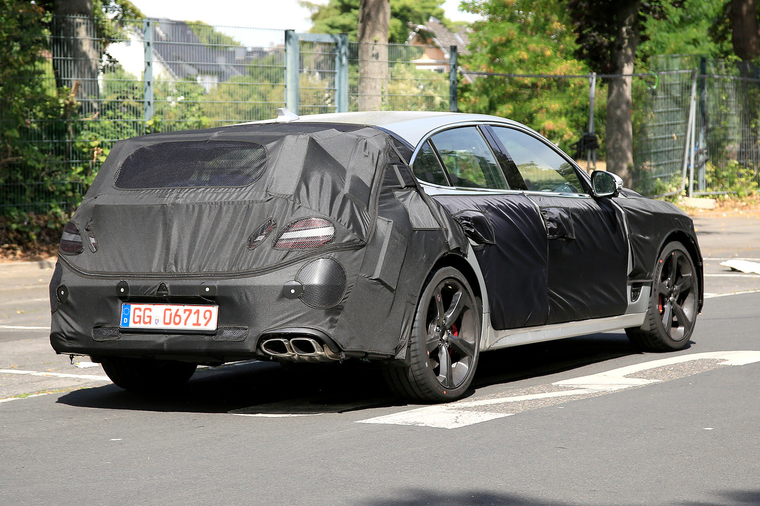