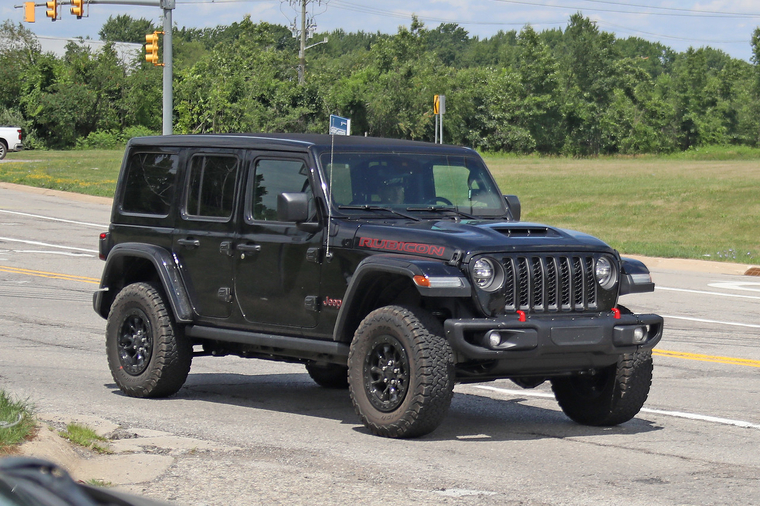 FCA is on a mission to keep the ’21 Jeep Wrangler on top of the off-road market despite a new threat from the upcoming ’21 Ford Bronco. Recently, the Jeep brand showed off a concept that shows that V8 power will come to the iconic off-roader. The Jeep brand introduced the Wrangler Rubicon 392 Concept—a four-door version of the Wrangler powered by the 6.4L HEMI V8 making 450 hp and 450 lb.-ft. of torque and capable of a 0–60 mph in less than 5 seconds. Now, a pre-production prototype has been caught on the street. Expect the production model to feature an eight-speed automatic transmission and stay true to the concept.

While it looks like a standard Rubicon model, this one features a similar ram-air scoop to the concept shown only a few days ago. A pair of Beadlock wheels also show that this prototype stays true to the concept. It looks like this vehicle could be coming to production sometime in 2021. It will join a lineup with the V6, turbocharged four-cylinder, diesel and the upcoming electrified 4xe model that is scheduled to debut later this year.

A 6.4L HEMI Wrangler would mark the first time that the off-road manufacturer would offer a V8 option since the ’81 Jeep CJ. 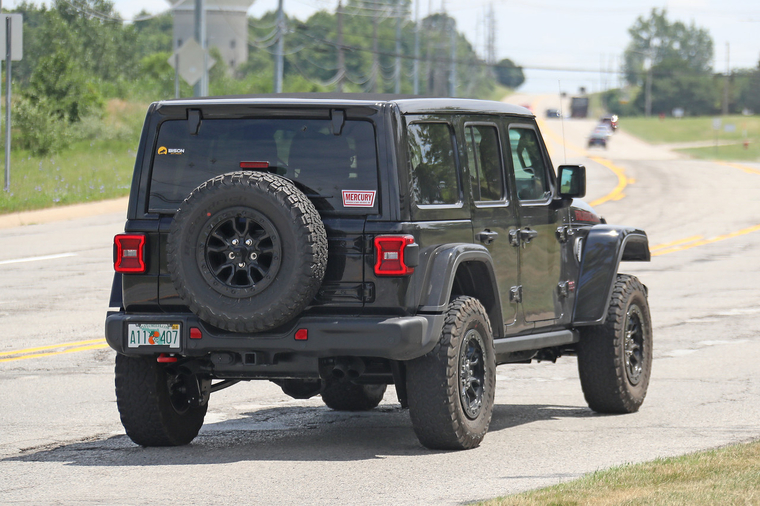