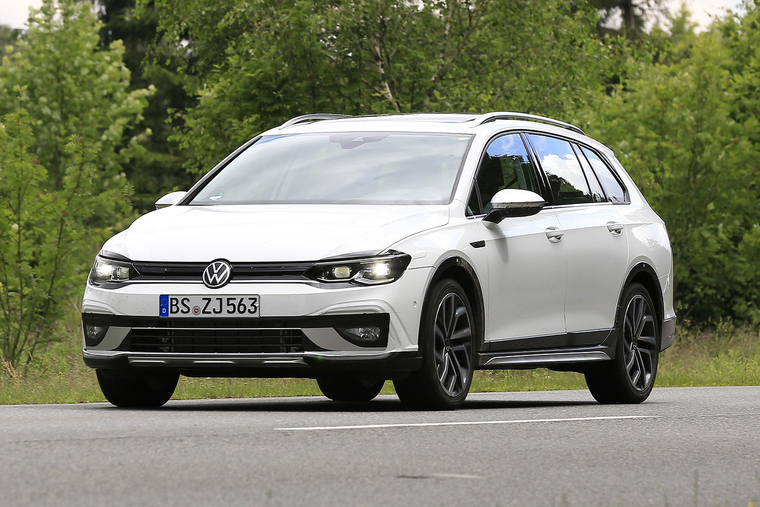 The next-generation Volkswagen Golf Alltrack has been spotted during development in Germany. The prototype is barely wearing any disguise: The Alltrack tries to fool onlookers by a fake front—not fooling anyone—and some creative camouflage has been employed around the taillights, which have been made to look like the current car’s. If the seventh generation is any indication, the lights on the hatch and wagon will be very similar, but not identical.

Most of the differences between the wagon and hatch are found aft of the B-pillar. In addition to a longer, flatter roof, there’s also a modified window layout for the rear door, and a more extensive rear overhang.

The new wagon should be available with most of the hatch’s drivetrain options, including 48V mild hybrid.

Inside, the dashboard, interior and technology package will be shared with the hatch, including a minimalist dashboard with a capacitive touchscreen infotainment system and a digital instrumentation cluster.

Like the hatchback, the wagon, too, will also likely feature car-to-car and car-to-infrastructure communication. 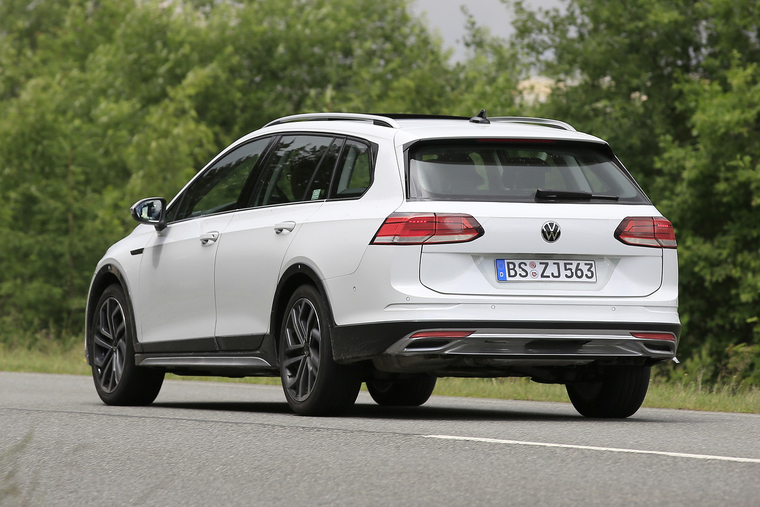