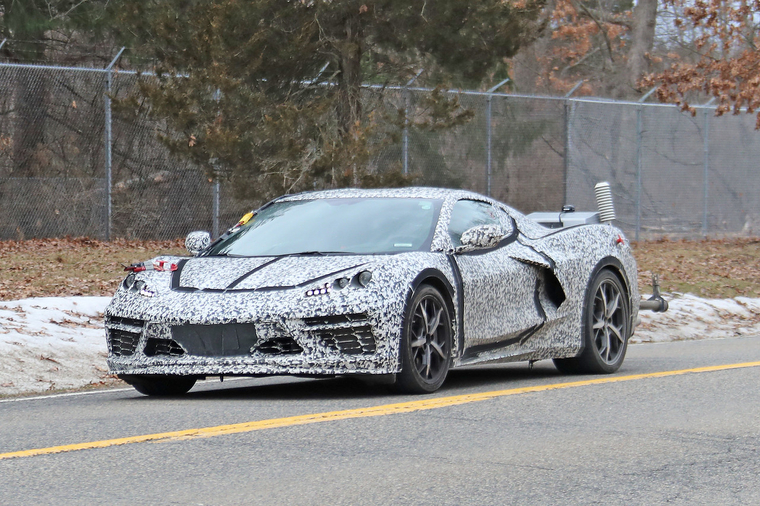 Here’s a curious C8 PHEV prototype with an interesting emissions-testing device attached to its rear end. The vehicle has a rigged exhaust system that runs the exhaust through an exhaust flow analyzer tool. In addition, the vehicle here has orange cabling sticking out from the front end along with a kill switch, and another kill switch located on the rear quarter panel (we’re told that the kill switches are there to stop power to the electric motors, which also signifies that the C8 PHEV should be AWD). Exhaust testing for C8 Stingray is simply too late at the moment, since the car recently went on sale in the U.S. As such, it provides further evidence that we are indeed looking at a prototype for the C8 PHEV.

The C8 PHEV is expected to be analogous to the current Stingray model, but with hybridized power. It’s currently unclear what the powertrain will look like, though we have been told to expect the electrified hardware to aid in performance, rather than fuel economy. Expect a launch either in late 2020 or 2021 calendar years. 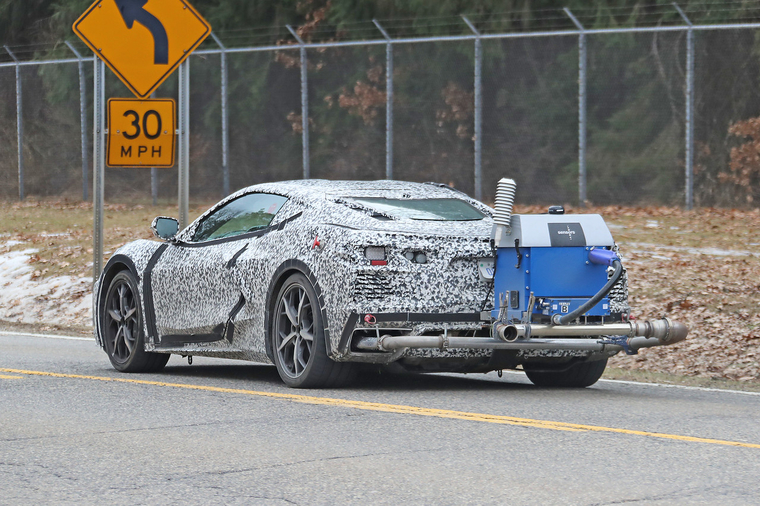