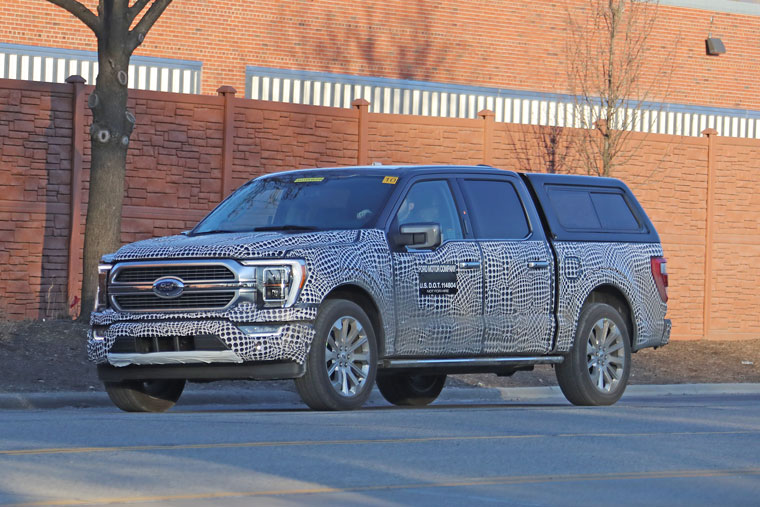 This is the ’21 Ford F-150 Hybrid, caught testing virtually undisguised in Dearborn, Michigan.

Ford is giving the F-150 a significant overhaul about six years after the current, aluminum-intensive model made its debut. While the sheetmetal is said to be changed, under the light camouflage, it looks to keep similar styling cues to the facelifted ’18 model that continues today, save for a heavily revised grille and front end.

Changes under the skin are set to be dominated by a new 4.8L V8 that is expected to replace the current 5.0L option, although the engine lineup will continue to be dominated by EcoBoost engines. The 3.0L turbodiesel V6 is expected to continue now that GM and FCA offer diesel pickups, while a gas-electric hybrid is also planned to join the engine lineup with this latest version. A plug-in hybrid may also follow, while a full-electric F-150 is also said to be in the works—and may have some input with new partner Rivian. Finally, it’s expected the high-performance, off-road Raptor variant will get rear coil springs, while other models will retain the leaf springs.

Inside, the F-150 will get a substantial makeover with Ford’s latest interior designs. A fully digital instrument cluster and larger infotainment screen may be part of the program, as well as more upscale materials for high-trim models. But the overall interior space is likely to be similar to the current truck, considering the platform will remain largely unchanged.

The mainstream variants of the ’21 F-150 should go on sale in early fall 2020, with other models, including a hybrid or Raptor following as soon as early ’21. Expect the F-150 to be shown this summer, possibly at June’s Detroit Auto Show. 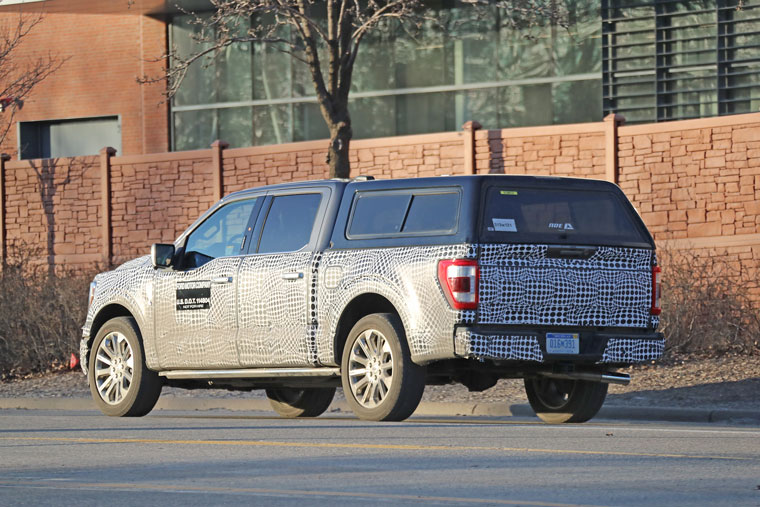