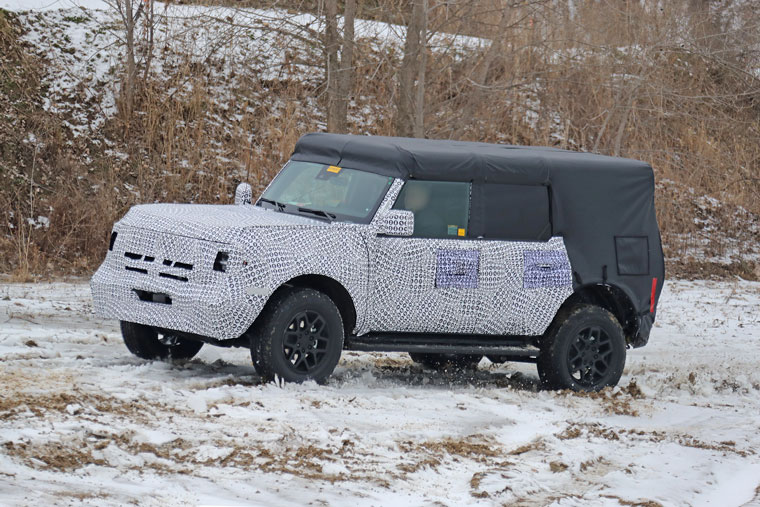 Here’s a first look at the upcoming Ford Bronco while cold-weather testing. The prototype seen here is in significantly more advanced stages of development than the early chassis mule seen last year, which was cobbled together from various makeshift bits and ends.

This is the four-door variant. Though it’s wearing a lot of heavy camo, particularly on the roof, the general shape of the design is undeniable, and lines up with what’s been leaked out in the past. Upright front and rear ends along with upright pillars give way to short overhangs—elements that play along well with the offroad-oriented nature of the upcoming Bronco. The prototype also has a solid amount of ground clearance. A spare wheel on the swing gate is complemented by what appears to be production-intent taillamps.

Much like the Jeep Wrangler, the Bronco will be available in both two- and four-door configurations. A pickup variant has also been rumored. Powertrain details are a bit scarce at the moment, but the 2.3L EcoBoost mated to a 10-speed automatic transmission from the Ford Ranger will be a likely option.

The Bronco is expected to be unveiled this spring and go on sale several months thereafter. 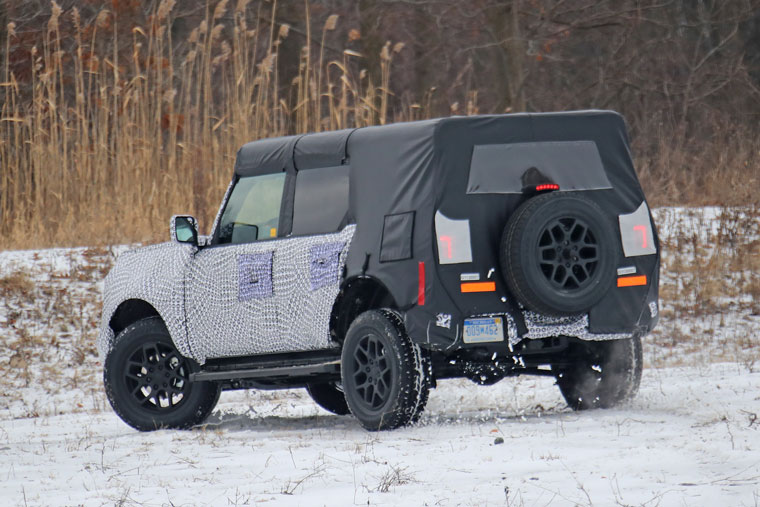