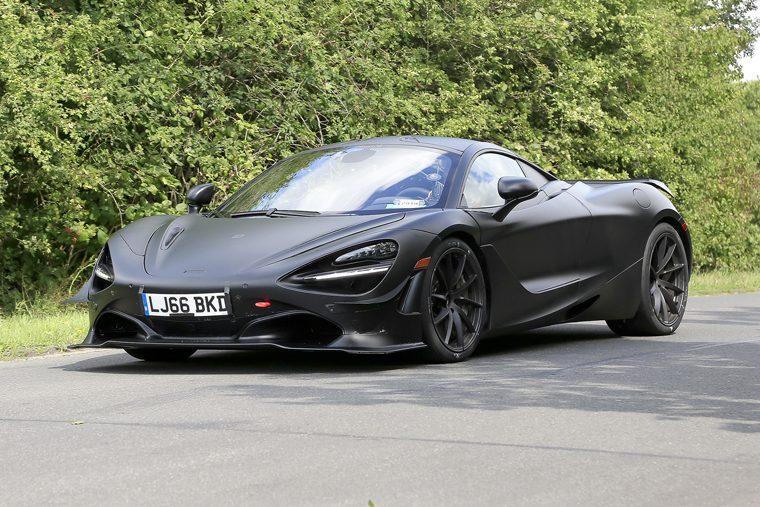 McLaren is understood to be readying a faster, lighter “Long Tail” version of the 720S for launch next year, and a new prototype caught testing appears to confirm that.

Although this test mule looks at first to be a standard 720S with some modifications, tell-tale cues including “gurney” flaps and a substantially larger front splitter. Although the traditional Long Tail extended rear end—found on models such as the current 600LT—doesn’t feature in this early mule, the extended spoiler plastered in tape suggests engineers are testing for such bodywork modifications prior to completing them.

McLaren is yet to confirm whether or not it’ll use the 750LT name for the Long Tail model, but earlier this year CEO Mike Flewitt said that the power gain from S to LT will be “at least” as much as that which turned the 570S into the 600LT. As such, a 750hp figure is expected.

However, he also stated that engineers have been struggling to shed the 100 kg now expected of LT models “because we made the 720S as light as we could in the first place.” It’s expected McLaren will still be capable of removing a meaningful amount of weight, however.

A production limit has yet to be decided for the model, which could arrive in the middle of next year. “Part of me wants to keep it open as Porsche does with its GT models,” said Flewitt, “but we might limit it to something like 750 of each [coupé and Spider].” 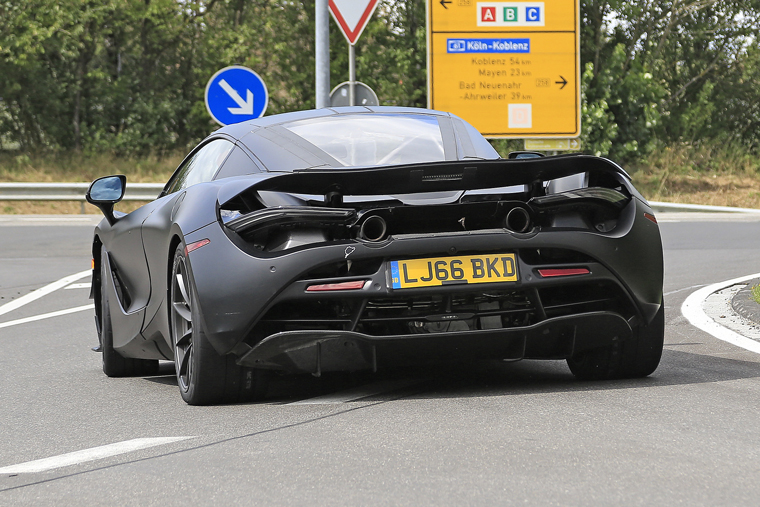