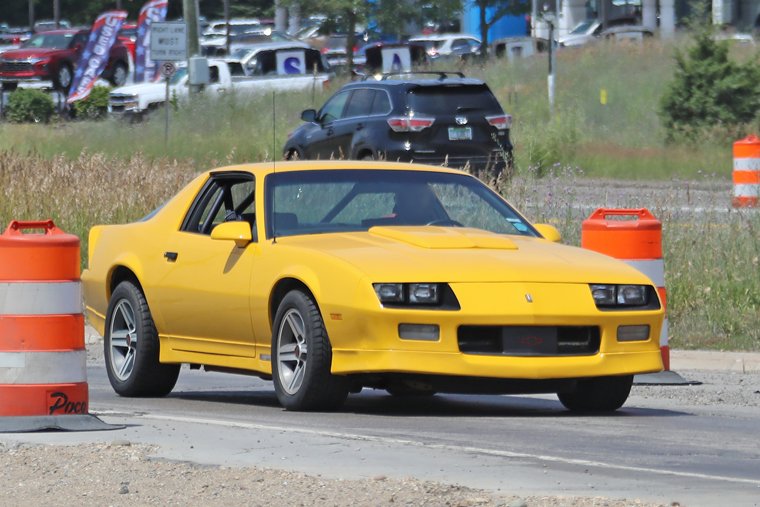 These shots are of a third-gen Chevy Camaro leaving GM’s Milford Proving Grounds. But this is no ordinary Camaro, as witnessed by the manufacturer plate and a sticker on the windshield that allows it access to the Milford proving grounds.

Spy shooters followed the Camaro closely for some time, counted the shift pattern and noticed that it was shifting using a six-speed manual transmission. The engine, meanwhile, sounds like GM’s current small-block V-8. This Camaro prototype also has a roll cage, twin dual exhaust tips, a raised hood and GM Performance Parts badges on the sides and back.

So, what is this Camaro testing? Could it be the next-generation Camaro or an upcoming engine update for the current sixth-gen model? 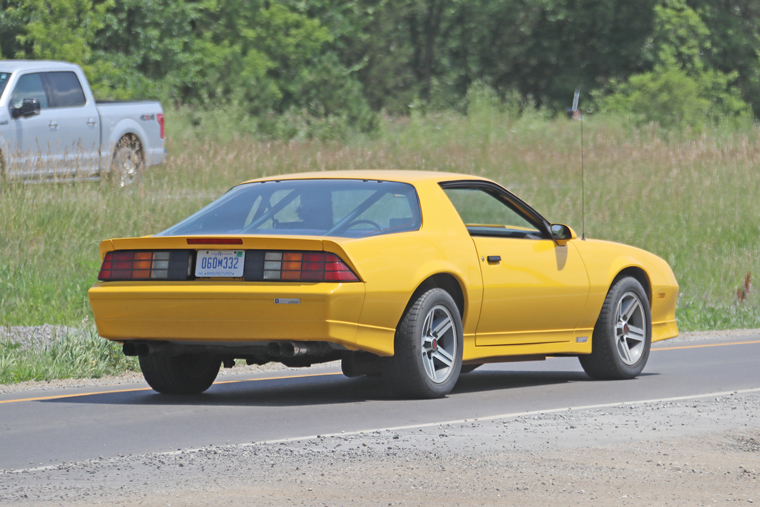