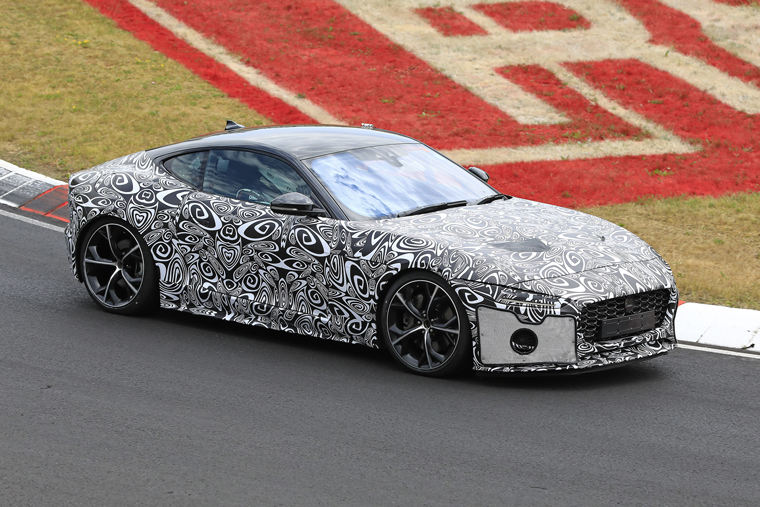 It may not seem six years old, but the Jaguar F-type has been around since 2013, and hence work on its replacement is well underway. Prototypes for the coupe and Cabrio have been caught testing at the German Nürburgring.

As expected, the new car looks to move away from the E-type lines the current car riffs on; the grille is larger, the headlights slimmer and sharper, while the rear lights look svelte and squared-off, too.

This is certainly going to be a sharper, more aggressive-looking F-type, and that could be more proof that JLR is indeed moving it into the path of the Porsche 911. However, the two-seater snapped here isn’t the one that will directly go against Stuttgart’s flagship. In fact, there will be a 2+2 versions of the F-type as well.

This is not an all-new model; instead, expect it to take the aluminum structure of today’s car and evolve it for service well into the next decade.

That means a series of technical upgrades to make the F-type cleaner, more economical and easier to produce, as well as a refreshed wardrobe and a sprinkling of the latest gadgets, including more sophisticated self-driving tech.

The photos show the direction that Jaguar is taking its sports car for the next generation. Thin, horizontal headlamps are ushered in, replacing the more vertical arrangements today, helping to give the F a fresh, more modern face. But as the prototype shows, this is still recognizably an F-type, given a 911-style evolutionary polish.

Both bodystyles will continue: the coupe and a soft-top roadster will again be offered, as Jaguar mops up sales in different parts of the world. Sports-car sales globally have been in decline for many years, but bosses back in Coventry argue that halo effect of such a sports car outweighs the financial cost of developing such a niche proposition.

All spy photos to date capture what looks like a two-seater, so the 2+2 is expected to be a separate project.

This has the benefit of extending the F’s practicality, and arguably moving the price point 911-wards, away from the cheaper Porsche 718 Cayman and Boxster twins. The outgoing F has been positioned deliberately halfway between the two Porsches.

So-called Project Jennifer is the codename for the BMW-supplied 4.4L 560-hp twin-turbo V8, which is due to kick out the long-running supercharged 5.0L V8 originally patented by Ford.

The new ’21 F-type will remain a front-engine sports car; recent speculation it could go mid-engined refers to a possible additional model, not the F-type successor.

There is even talk of a purely electric Jaguar F-type featuring a 100kWh energy cell and two e-motors rated at 150kW/350Nm each. An electric F-type wouldn’t launch before 2023, and this powertrain is still up in the air, given that battery tech is moving apace. 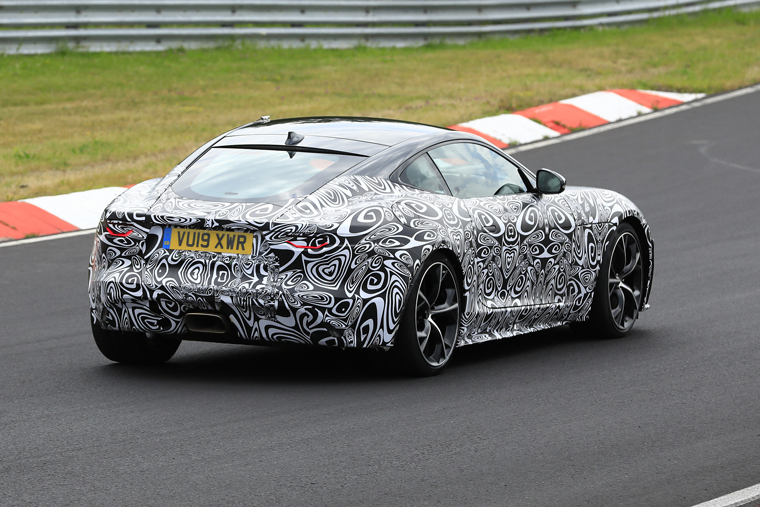