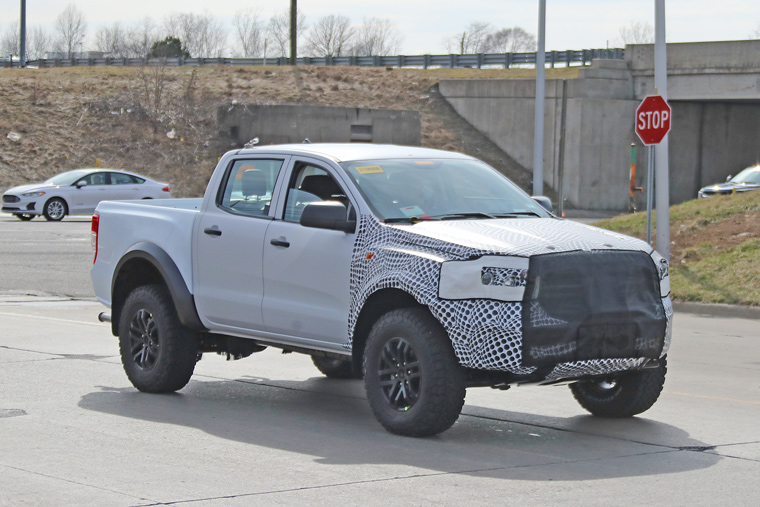 This is a mule for the next-generation Ranger Raptor in Metro Detroit.

Last week, photographers got shots of a current-gen Ranger Raptor testing with a gasoline engine and posed the question “Is this just a powertrain mule for the next-gen Ranger Raptor?” Apparently the answer was “yes.” This mule doesn’t offer up much in exterior changes, but it does appear to have the next-gen interior (it’s fully camo’ed), next-gen suspension (it’s hidden by camo bristles) and next-gen powertrain (it clearly had a gas engine and now features dual exhaust).

According to Road and Track, “This new truck has a project code of P703 and shares much of its design with the upcoming Bronco. The frames for both the next-generation Ranger and Bronco are being launched by the same team at Modatek, according to social-media profiles for engineers.”

Powertrain options aren’t known at this point, but the ’19 Ranger FX4 debuted with a version of the 2.3L Ecoboost used in the Mustang and Lincoln MKC paired to a 10-speed automatic, although other engine options for the Ranger Raptor could consist of a version of the 2.7L Ecoboost V6, also found in the F-150 (this mule sounded like it had a V6). 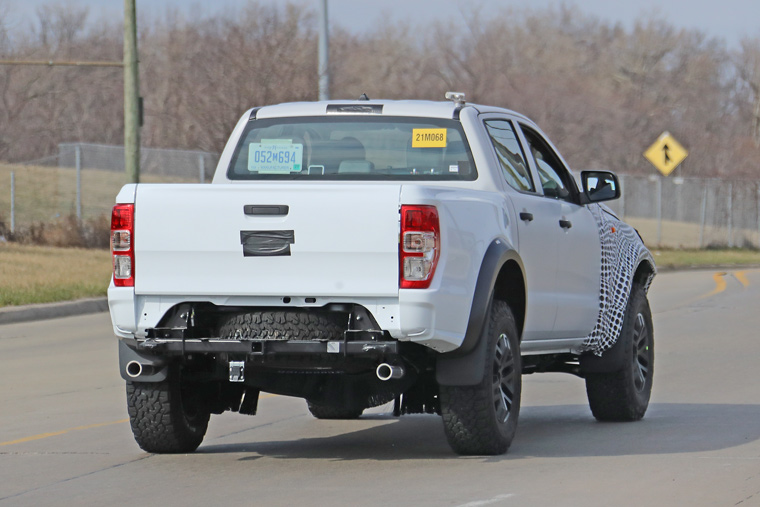