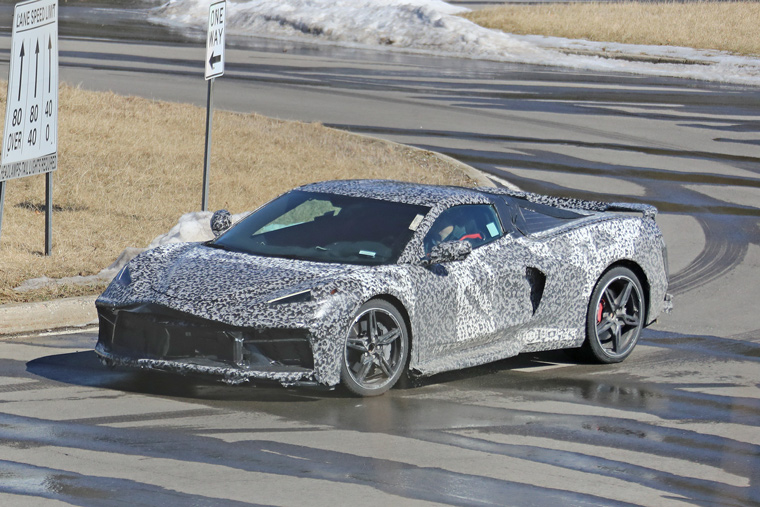 Here’s the latest prototype of the mid-engine Corvette, including exclusive photos of the production taillights, a new rear wing and a look at the front fascia, thanks to some camo being blown off (note that the front fascia seen looks identical to the leaked photo from the Corvette factory back in October 2017).

The all-LED headlight cluster appears to house a multi-matrix LED configuration for the primary lighting unit. An white accent strip (orange when turning) resides at the top of the headlight cluster.

Things get even more interesting out back, with a first look at the production-intent taillights. The overall design direction of the taillights is highly reminiscent of the current C7 Corvette, with taillight elements featuring two vertical bars connecting a horizontal one. That pattern repeats four times on the rear end—twice on the driver’s side, and twice on the passenger side—much like on the C7 today. 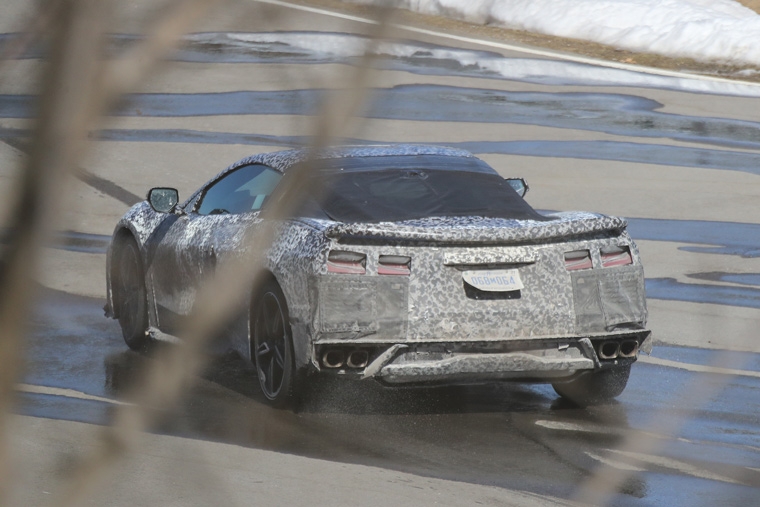