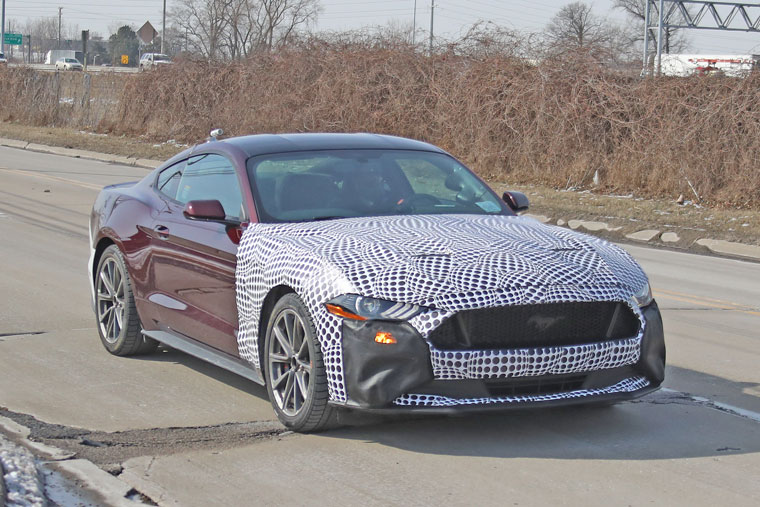 Is this a mule for the Mustang hybrid? According to sources familiar with the Blue Oval, it’s highly likely that’s what this is. This Mustang mule was caught testing with two other Mustangs with identical camo, another GT and a Bullitt.

As with earlier Ford powertrain mules (F-150 hybrid camo’ed front, F-150 diesel camo’ed bed), Ford has strategically camo’ed just the A-pillar forward on this vehicle. The only real change that can be seen is the placement of the foglights, which appear to sit a couple inches higher on the front fascia. Around back, there are virtually no changes, just a hacked-up lower rear fascia with some testing tips.

If this is the Mustang hybrid, expect it to borrow the 3.3 V6 hybrid setup from the recently debuted Explorer Hybrid. And finally, don’t expect an official on-sale date until sometime around ’22–’23. 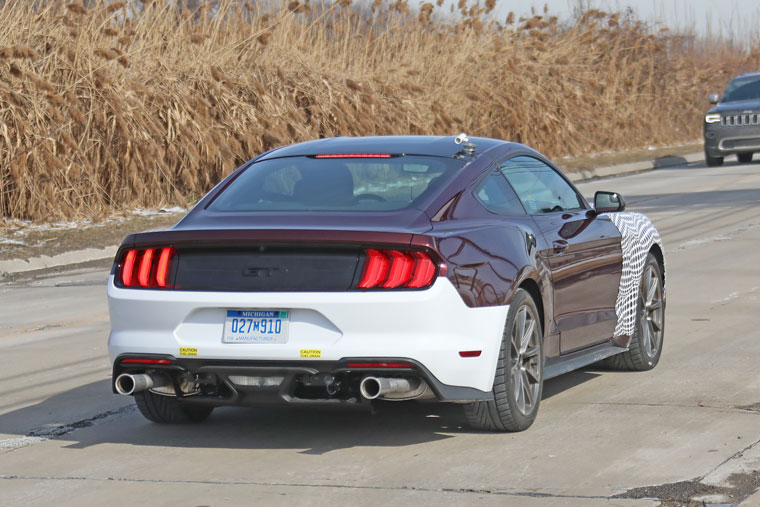