Kia will soon launch a completely new model, the Kia Tusker, based on the Kia SP Concept released at Auto Expo Show in India in February 2018. This SUV is expected to be added to the U.S. Kia SUV line-up in order to reinforce the presence of Kia under their big SUV offensive and to fight against compact SUVs like the Nissan Kicks. The Tusker will be available in the United States as well as South Korea and India. 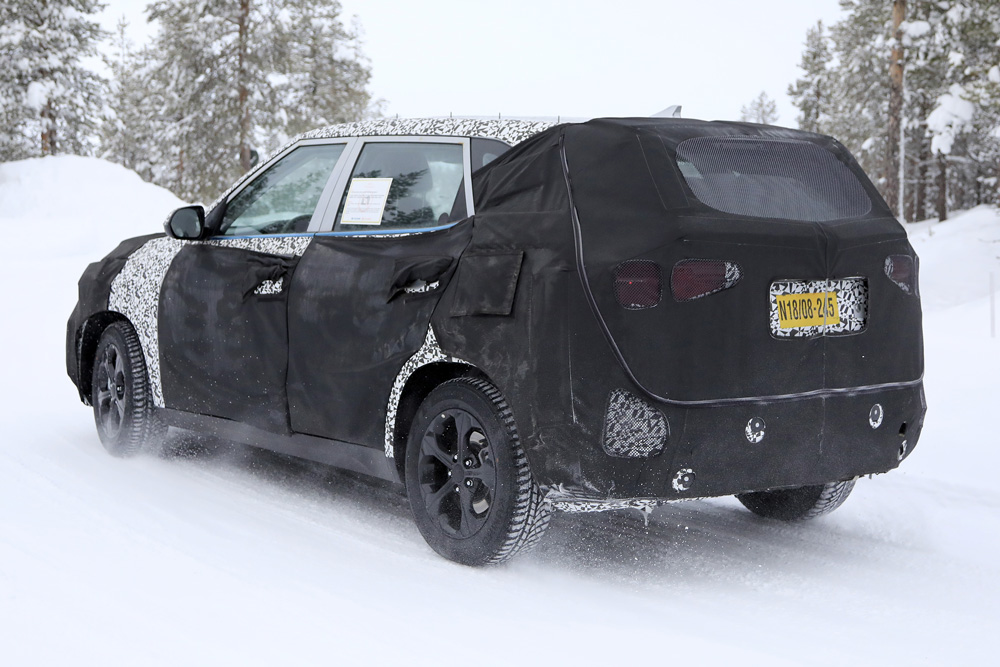 Compared to the concept car, the new model won’t look drastically different. The spy pictures show the road-ready version featuring a similarly high beltline that rises with a curve at the rear, and squarish wheel arches. The greenhouse doesn’t look as sleek as on the concept, however.

The details get a little hazy at the front because of the heavy camouflage, but the changed honeycomb inserts of the tiger-nose grille are still visible. Other bits spotted are five-twin-spoke alloy wheels, flush roof rails, shark-fin antenna and split rear combination tail lamps. 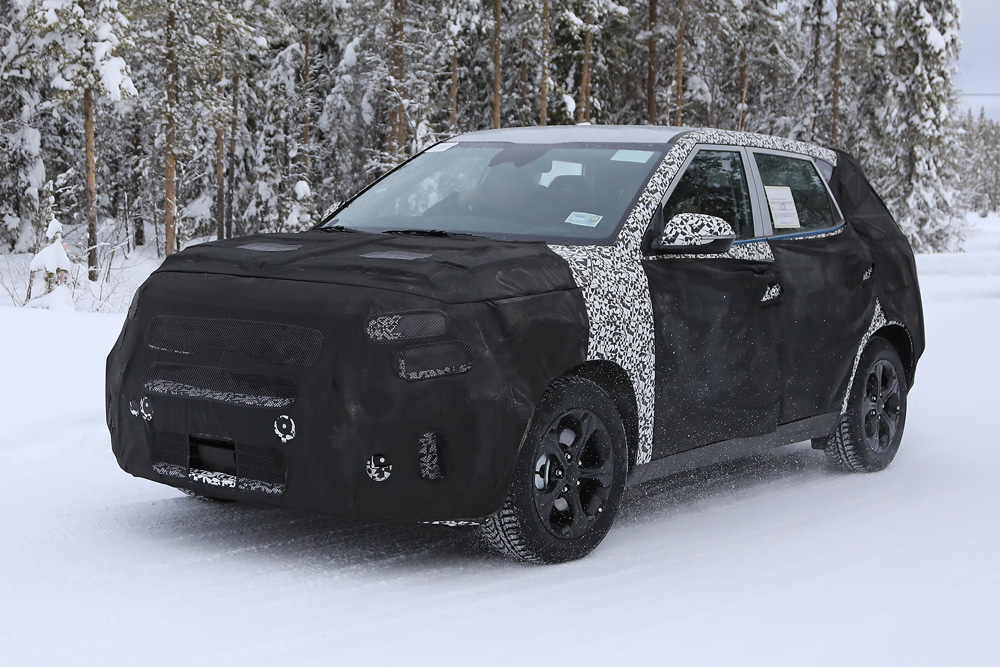 The Kia Tusker will ride on the same platform that will underpin the next-gen Hyundai Creta. This platform is capable of spawning a seven-seater, but despite that, the Tusker will be offered only with 5-seater configuration on the U.S.-market.

Engine options are not yet confirmed, but a 138hp 1.4L T-GDI turbocharged gas unit is expected, as well as a naturally aspirated 2.0L engine delivering 147 hp. Both engines will be offered with automatic transmissions, with a seven-speed DCT of the Turbo variant, leaving the all-new IVT transmission for the 2.0L.