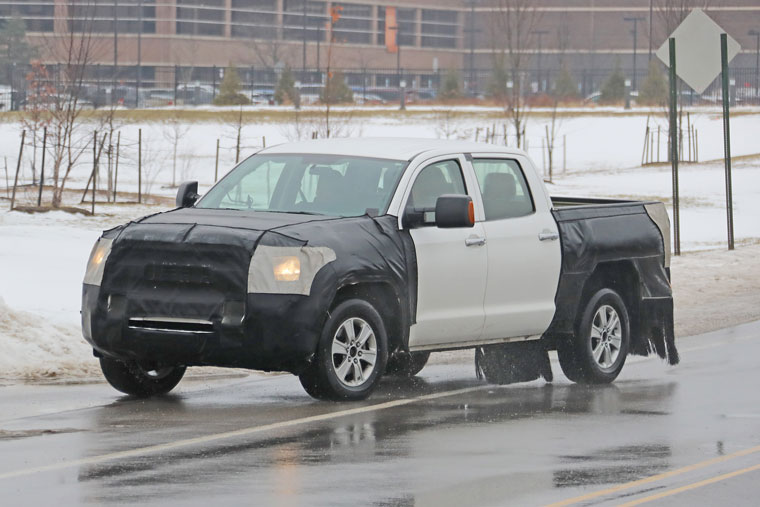 Toyota is giving the Tundra a major refresh for 2020, while preserving the 11-year-old cab from 2008, pretty much following the Toyota Camry playbook (’06–’17 maintained the same greenhouse/pillars).

The Tundra will get all-new looks from the A-pillar forward, along with an all-new interior, updated bed and a new tailgate. These changes should keep the Tundra “fresh” for another couple of years. Some engine tweaks may also be in the works. A new 10-speed automatic that first appeared in the Lexus LC and LS models is also slated for all of Toyota’s rear-drive vehicles, including the Tundra.

The most interesting part of this prototype involves the (street sweeper) camo disguising the rear axle and rear suspension. Could Toyota be taking a page from RAM’s playbook with an air suspension option? Or even wilder, an independent rear suspension?

Expect to see this ’20 Tundra later this year. 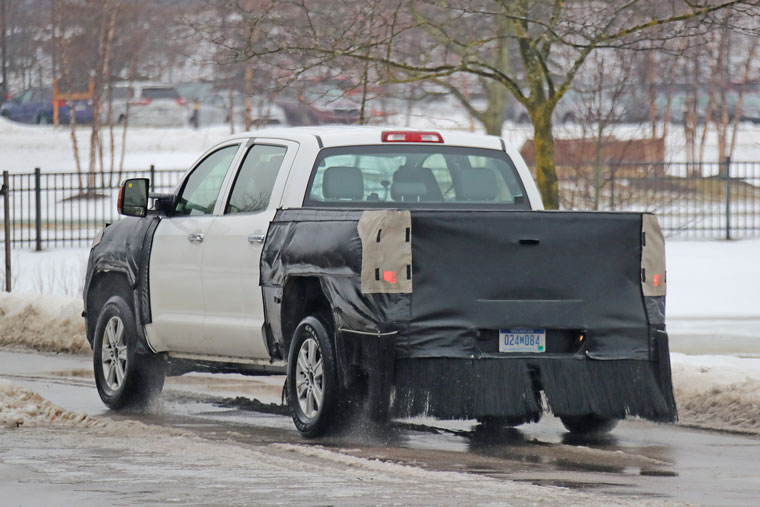