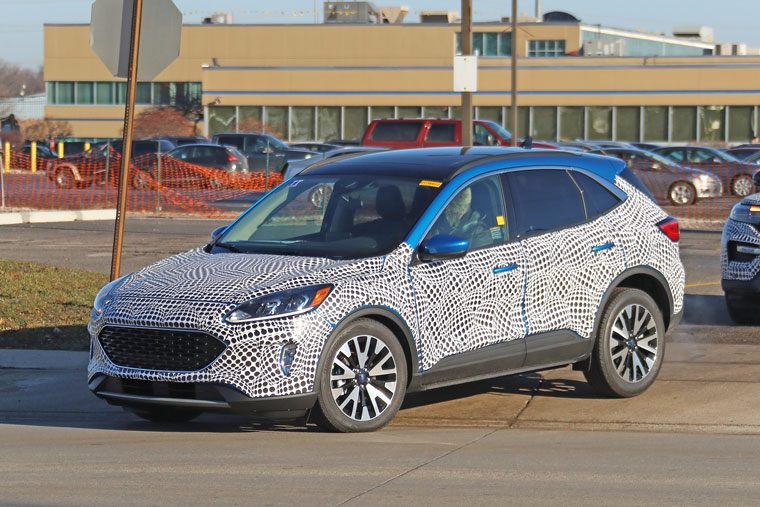 Starting up front, the new Escape carries a design that resembles the recently debuted Focus Active, with a similar grille mesh, side mirrors and a Ford badge placed on the tip of the nose. The similarities stop there though, as you get to the side of the Escape, you’ll notice a beltline that rises more gradually from the A-pillar to the C-pillar, and a rear door that looks similar to the outgoing one. In the back, Focus-esque taillights can be seen, along with a longer hatch that features a larger opening and a narrow rear bumper with dual exhaust openings.

The Escape should get power from Ford’s 1.5L Ecoboost three-cylinder as the volume engine, while the 2.0L Ecoboost four-cylinder will likely continue as the upscale engine offering. In Europe, the 1.5L three-cylinder is good for 180 hp and more than 200 lb.-ft. of torque. A new nine-speed automatic is expected to be the sole transmission in the next Escape. A hybrid and plug-in hybrid powertrain should also be part of the mix, considering the demise of the C-Max. 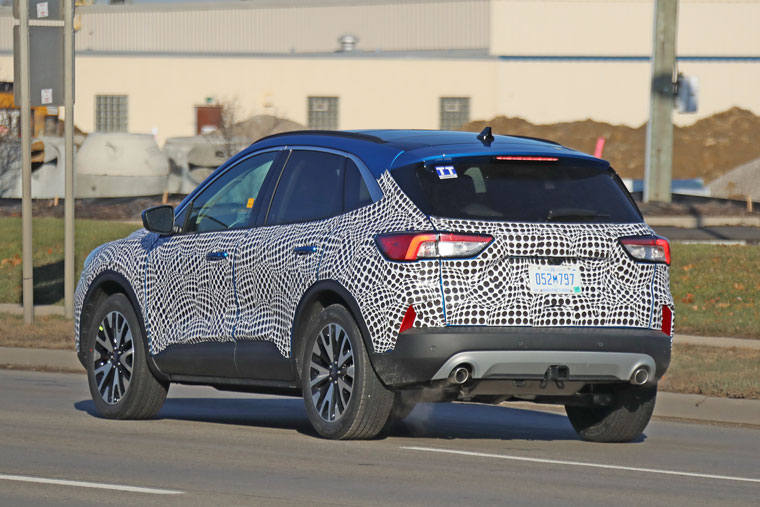