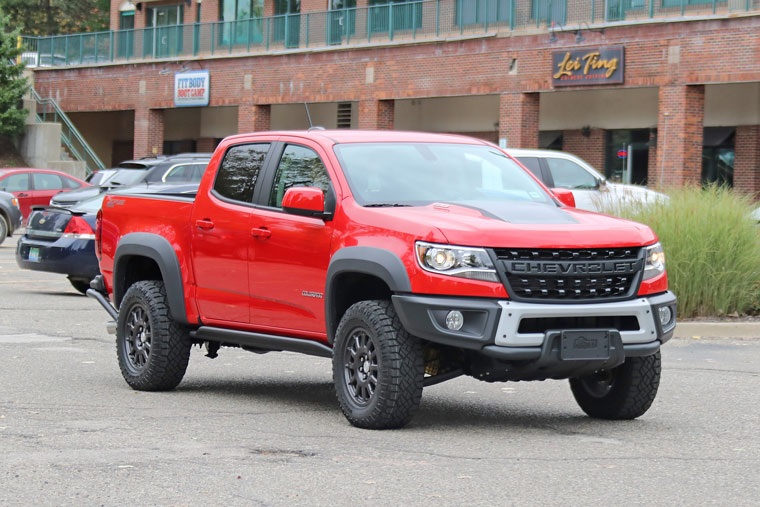 Just about a month ago, GM introduced the Chevrolet Colorado ZR2 Bison complete with factory steel bumpers, skid plates and a snorkel. Here is a first look at the Bison without its scuba gear, which gives us a better idea of what we’ll actually see on the road.

The Colorado ZR2 Bison is a factory spec truck, with some serious off-road capability. It features class-exclusive front and rear locking differentials and Multimatic DSSVTM dampers. The Bison gets an all-new “Chevrolet” lettered grille, which seems to take a page from the Raptor playbook. The Bison will sit on 31-in. Goodyear Wrangler Duratrac off-road tires paired with exclusive AEV Bison 17x8-in. aluminum rims.

According to GM, power will come from the 2.8L Duramax Turbodiesel engine paired with a six-speed automatic transmission.

Expect to see the Colorado ZR2 Bison on the road in the coming months. 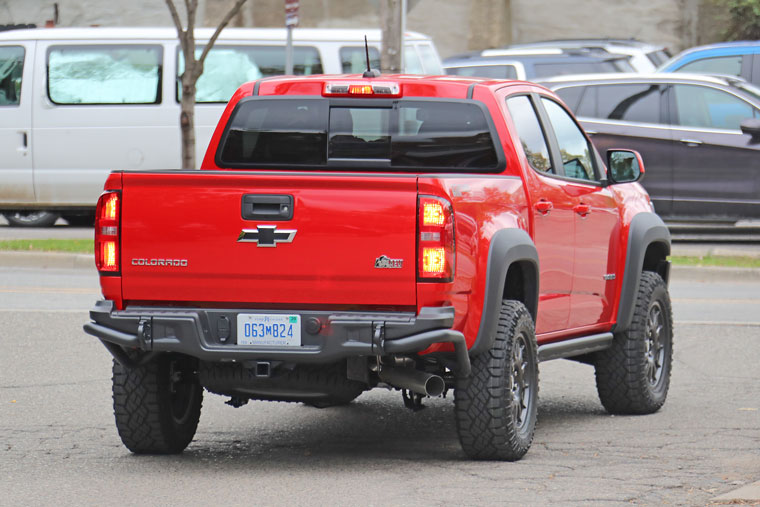