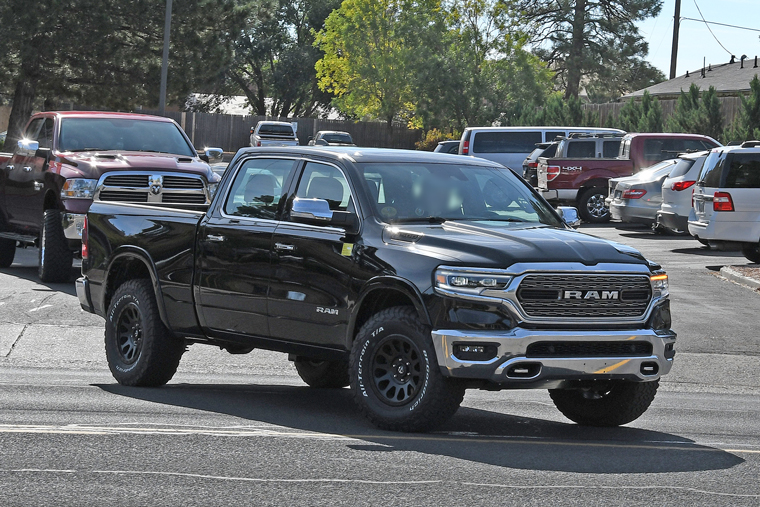 It has been confirmed that this TR mule was packing a naturally aspirated V8, most likely the rumored 7.0 V8 “Banshee” (a bored-out 6.4 Hemi), as it failed to emit the HellCat whine heard in the earlier TRX mule.

This mule was caught using a donor Limited body (while the TRX mule used a Big Horn body), aftermarket fuel rims and some sort of frame rail support/bracket that extends all the way to the rear doors, suggesting the RAM needs some extra support to handle the increased power. 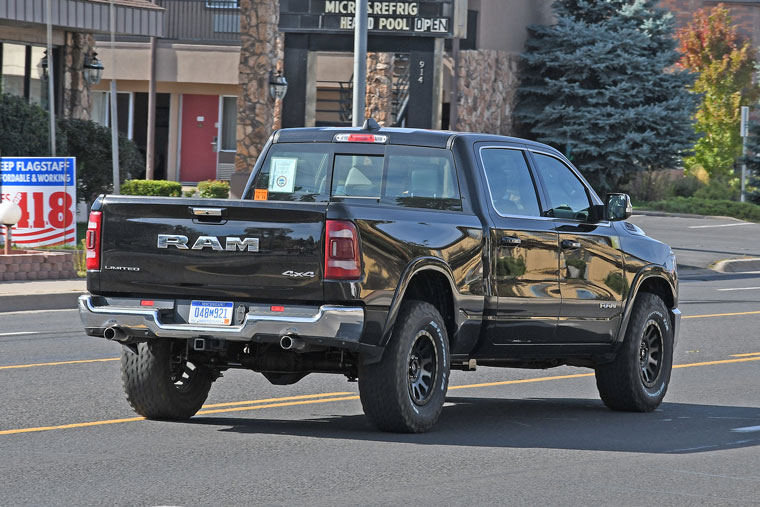