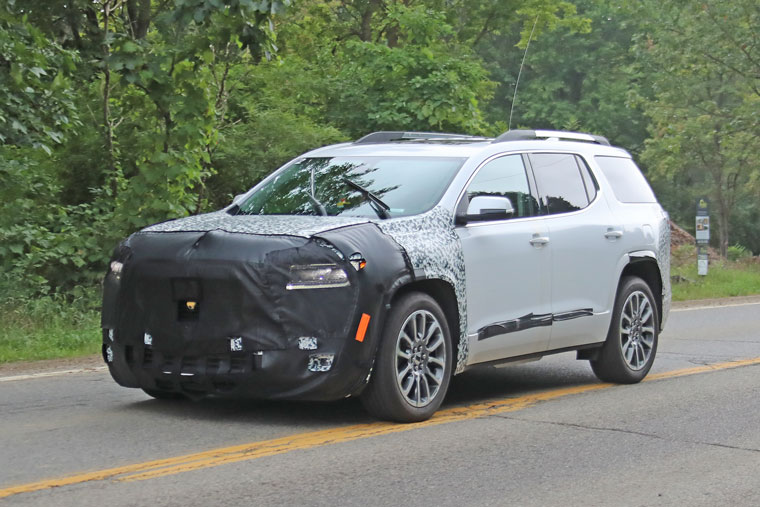 This is the ’20 GMC Acadia, featuring a clean look at the all-new grille near GM’s Milford Proving Grounds. The second-generation Acadia hit showrooms in the spring of 2016, and here’s a first look at the refresh that will succeed it.

Up front, the Acadia will get a complete rhinoplasty with new headlights, grille and front clip. Around back, it appears that changes will be limited to the taillights and rear bumper.

Power should still come from the 3.6L V6 and 2.5L four-cylinder, but a new nine-speed automatic transmission (co-developed with Ford) is expected to replace the aging six-speed automatic. 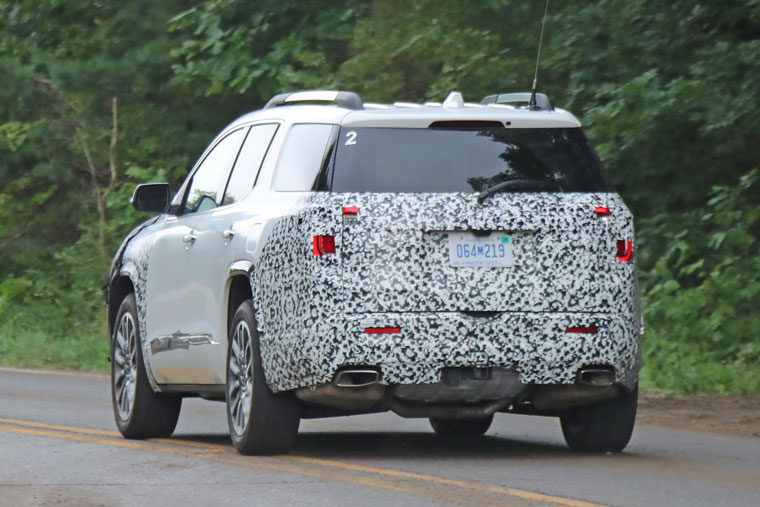