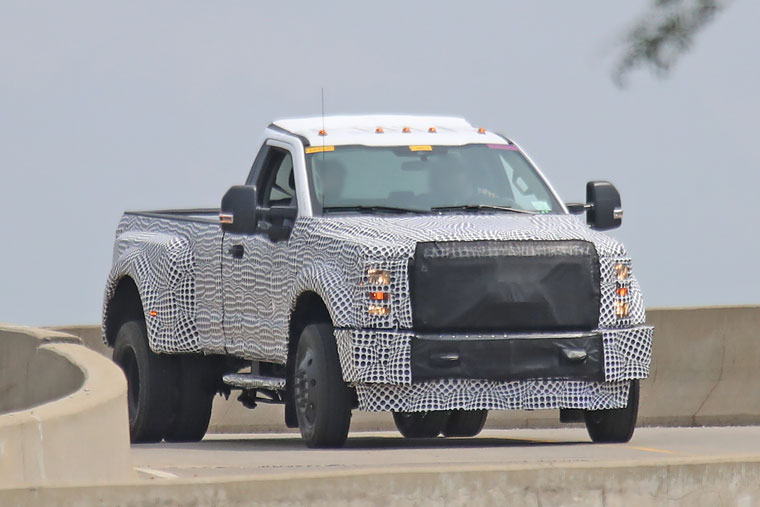 This is a first look at the revised Ford F-Series Super Duty.

The Super Duty models will undergo some moderate updates, including some already seen on the facelifted ’18 F-150 trucks shown last year. These include the new 10-speed automatic transmission and likely some of the driver safety technology that now goes under the Co-Pilot 360 name.

Bigger changes are under the hood. A new V8 engine is slated to replace the aging 6.8L V10 gasoline unit and thereby improve fuel economy. According to sources, the new V8 will be a 7.0L with production slated for Windsor, Ontario. Outside, the front end will get revised with a new grille and redesigned headlights, while the rear will likely mimic the changes seen on the F-150 with revised taillights, tailgate and a new tailgate latch.

The new Super Duty will likely be released next year as a ’20 model. 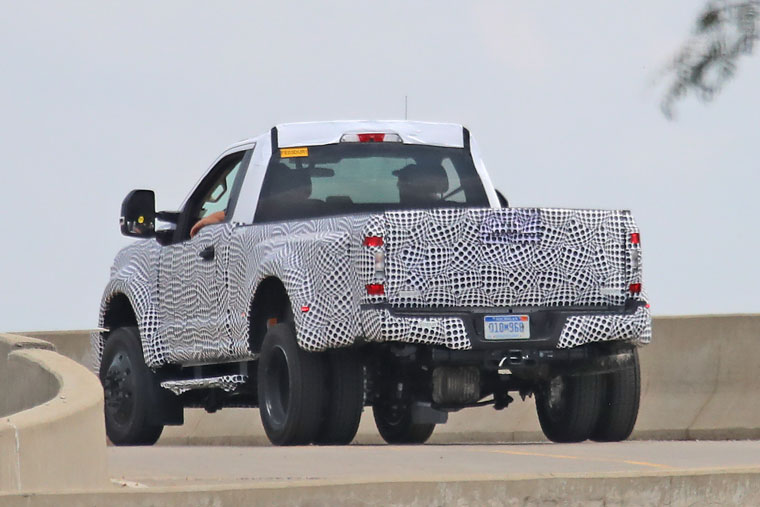