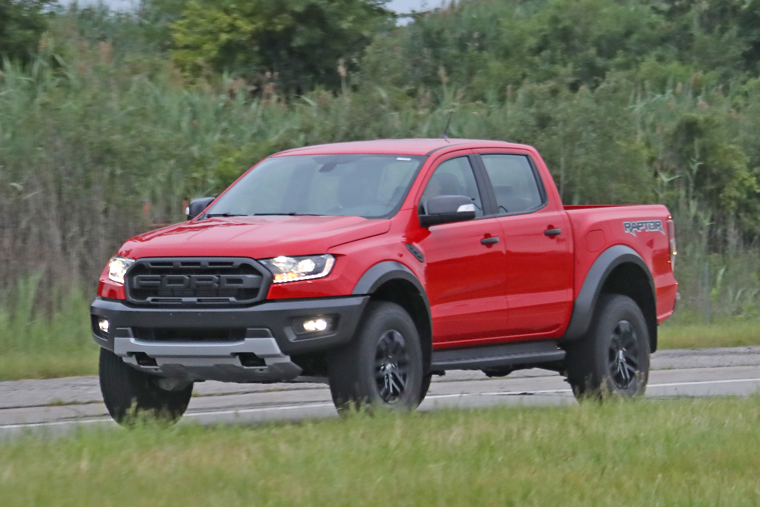 Here are the first shots of a production-spec LHD Ranger Raptor while testing in metro Detroit. Up until this point, Ford has only shown the RHD version of the truck.

Seeing this LHD Ranger Raptor testing stateside more less guarantees a U.S. debut, and should garner excitement for those still waiting for a confirmation from Ford. This truck features a Raptor graphics package, and the engine omitted that all too familiar diesel clang heard on earlier prototypes.

The Ranger Raptor made its official debut in Bangkok, Thailand, back in February. Upon debut, Ford confirmed that it would be equipped (overseas models) with an all-new twin turbo 2.0 diesel good for 211 hp and 369 lb.-ft. of torque mated to a 10-speed automatic transmission.

The ’19 Ranger FX4 debuted with a version of the 2.3L Ecoboost used in the Mustang and Lincoln MKC paired to a 10-speed automatic, although engine options for the Ranger Raptor should consist of a version of the 2.7L Ecoboost V6, also found in the F-150, and fingers crossed, the new twin turbo diesel.

It wouldn’t be surprising if the U.S.-spec Ranger Raptor made an official debut later this year. 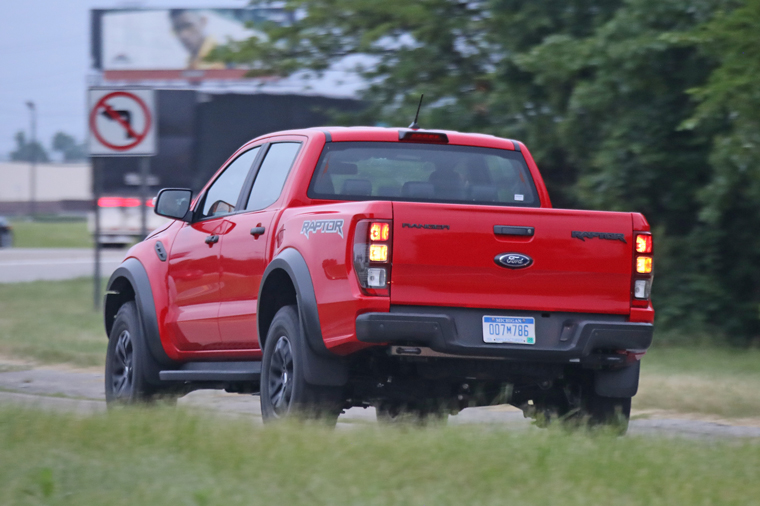