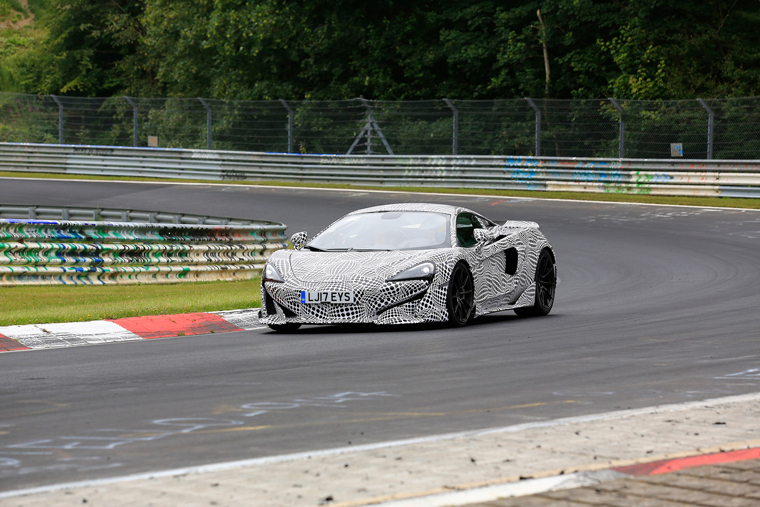 Today, McLaren will take the veils off the 600LT. And for once, the Woking-based automaker confirmed that the newcomer has “increased power, minimized weight, optimized aerodynamics and track-focused dynamics.” To prove so, prototypes of the new model have been tested at the Nürburgring in Germany.

As opposed to the 570S, the smallest member of the Long Tail family features a deck-exiting exhaust system with two tailpipes, something not even the 675LT has to offer. The location of the exhaust has more in common with the track-focused Senna, which will be built in extremely limited numbers (500 road-going models and 75 GTR models).

Moving back to the 675LT from the days of the 650S, McLaren built 500 examples of the Coupe and 500 units of the Spider. What this means is, the 600LT based on the 570S is likely to keep things just as exclusive as its Super Series predecessor.

In addition to the design of the exhaust system, the rear deck and plenum cover of the 600LT feature more carbon fiber than found on the 570S. However, the accessories catalog of the 570S includes a handful of carbon-fiber packages.

The fifth model announced under the McLaren Track22 business plan is scheduled to make its dynamic debut July 12 at the 2018 Goodwood Festival of Speed. Hearsay suggests the McLaren Special Operations will work its magic on the 600LT as well.

Just like the 675LT was offered in Coupe and Spider flavor, there’s no denying the British company is working on two body styles for the 600LT. And as the name implies, the 600 in 600LT stands for metric horsepower. 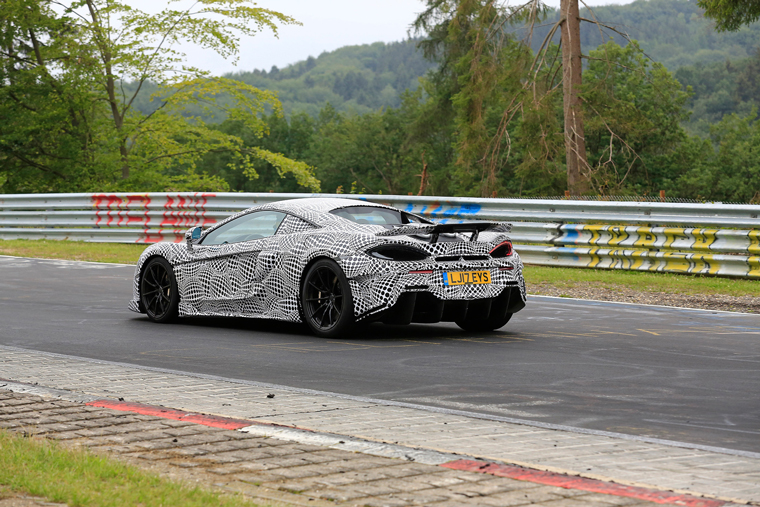