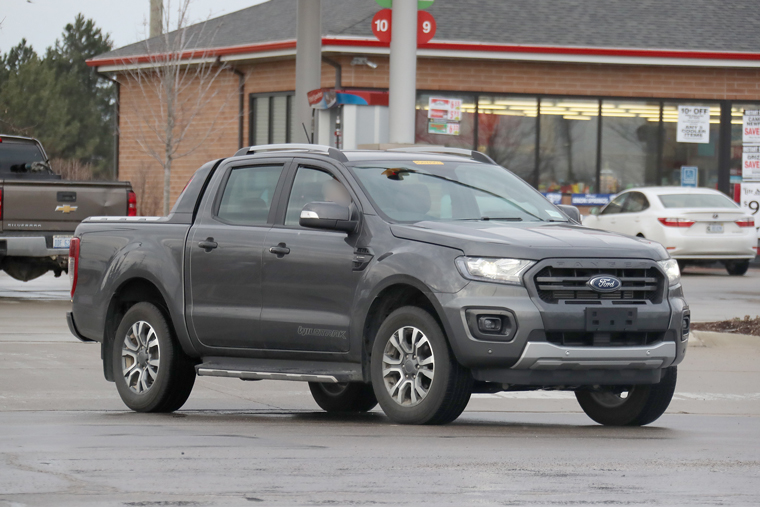 This is the ’19 Ford Ranger Wildtrak, making its unofficial global debut.

The latest iteration of the next-generation Ranger Wildtrak was caught completely undisguised (inside and out) in Metro Detroit. A popular ute substitute in Australia, the Wildtrak gets added ground clearance, a bedliner with a 12V socket, an innovative retractable tonneau cover (roller shutter), 18-in. alloy rims on P265/60 tires and additional styling interior/exterior tweaks to make it stand out from the standard Ranger.

In other markets, the current Wildtrak can be had with a 3.2L diesel engine found in the Transit, although the new model features the all-new twin turbo 2.0 diesel (confirmed by the bi-turbo badge on the front fender) good for 211 hp and 369 lb.-ft. of torque while being mated to a 10-speed automatic transmission or optional six-speed manual.

It’s still unclear if the Wildtrak will be offered stateside, but the relentless testing on U.S. soil clearly indicates Ford’s intent.

It wouldn’t be shocking if the Wildtrak makes a stateside debut alongside the Ranger Raptor. 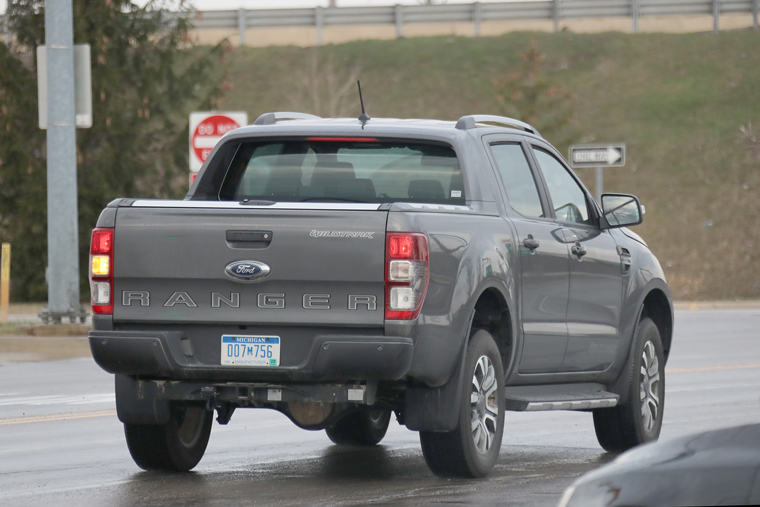