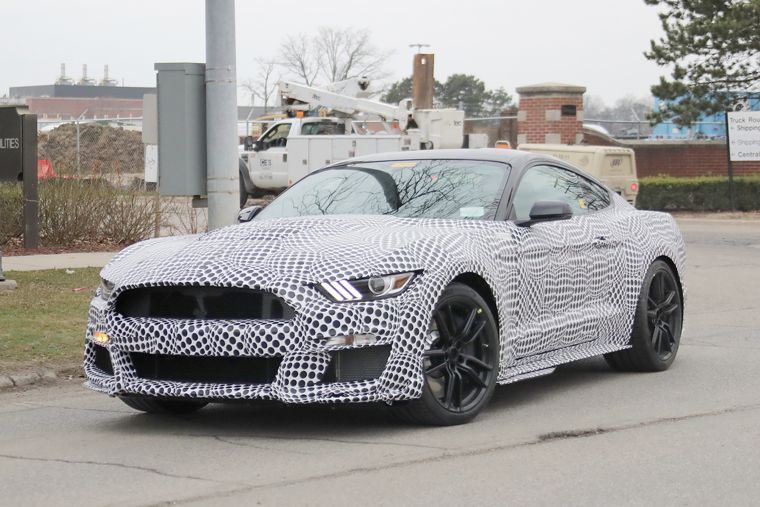 This is the ’20 Ford Mustang Shelby GT500 with less camo.

The Mustang-based GT500 will build on the GT350’s performance capabilities. It was originally thought the production version would have a supercharged 5.2L flat-plane crank engine mated to a DCT transmission, but it has been confirmed that it will have an option for the Tremec six-speed manual.

Horsepower should be more than the 707hp Dodge Hellcat models, although it may fall short of the 808hp Demon (probably ringing in somewhere around 740 hp).

GT500s will also get 20-in. wheels and tires, as well as unique styling tweaks in the form of a reworked front fascia with larger air intakes, a massive hood bulge with heat extractor vents, and a side diffuser that stops mid-door.

Expect to see the GT500 later this year. 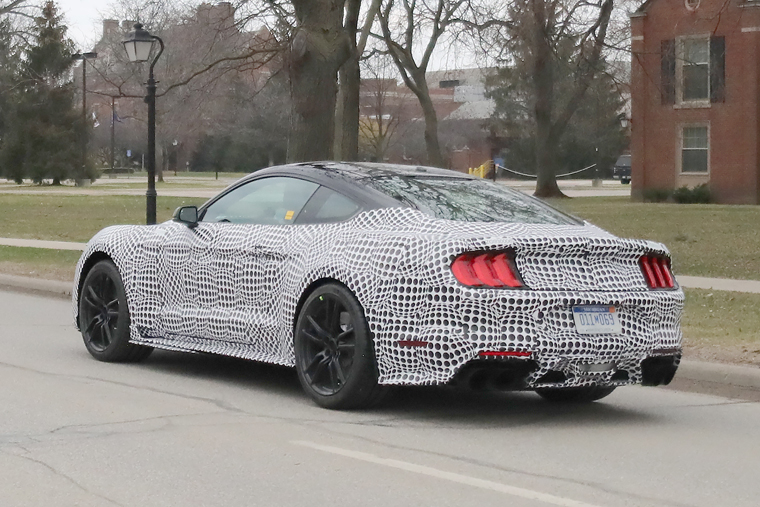