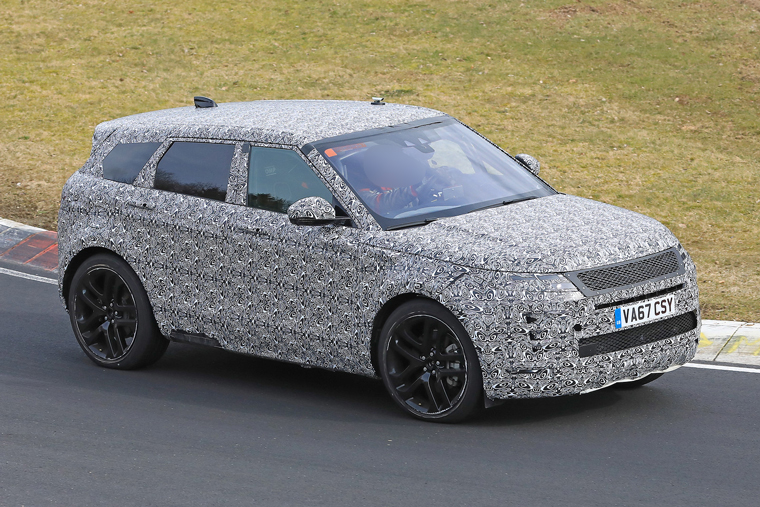 Land Rover is just one year away from revealing its second-generation Evoque, which has now been spotted undergoing high-speed tests at the German Nürburgring race track—well ahead of its launch. The company will tinker little with the current car’s formula, and will maintain the distinctive coupé-style shape that helped define a segment.

The current Evoque helped transform the company into the much larger and more successful one it is today. Sales have never dropped below 100,000 units annually, even six years after it was launched.

However, it’s understood the Evoque is under consideration to be the first JLR model to get a new mild-hybrid drivetrain currently in development, which has been captured in prototype form. This combines a new three-cylinder 1.5L Ingenium engine with a small electric motor, backed up by a 48V electrical architecture to power ancillaries, including air-con and the water pump. Equipping the Evoque with this drivetrain will require extensive changes to the car’s underpinnings, and as such, it will not be ready for launch until the early part of the next decade at the earliest.

Prototype versions of the Evoque Mk2 are a regular sight around the company’s Gaydon engineering base, and it is understood Land Rover is preparing a reveal of the car in October next year at the Paris Motor Show, ahead of a sales-start in early 2019.

The current Evoque, codenamed L538, has become firmly established since its launch, and design boss Gerry McGovern believes there is no need for the concept to be reinvented, saying it should not “lose key ingredients” and would be designed with the intention of making it “more relevant.” McGovern said that even years after its launch, the Evoque Mk1—the design of which can be traced as far back as the Land Rover LRX concept car from 2008—remained a “very distinctive vehicle” that is “known for what it is: falling roof, rising beltline.”

The evolution of the design will extend to the car’s underpinnings. The next-generation Evoque, codenamed L551, will be built on an overhauled version of the current car’s D8 architecture, which is Jaguar Land Rover’s only natively front-wheel-drive architecture for transverse-engined models.

Refinements to the D8 underpinnings will focus on improving the ride comfort of the Evoque, and the comfort levels for passengers. The firm has always resisted creating a pure performance version of the Evoque—the model is considered every bit the ‘mini Range Rover’ in terms of luxury and refinement—both areas Land Rover will look to improve further with the second-generation car. There will be no significant increase in size.

Land Rover’s suite of new four-cylinder, turbocharged Ingenium gas and diesel engines will carry over to the new Evoque, each engine a 2.0L unit ranging in power output from 148 hp to 237 hp for the diesels, and from 237 hp to 296 hp for gas. There will be further improvements to the fuel economy and CO2 emissions of the engines in their application in the second-generation Evoque, aided by the increases in refinement being engineered into the car’s architecture right from the start of development. 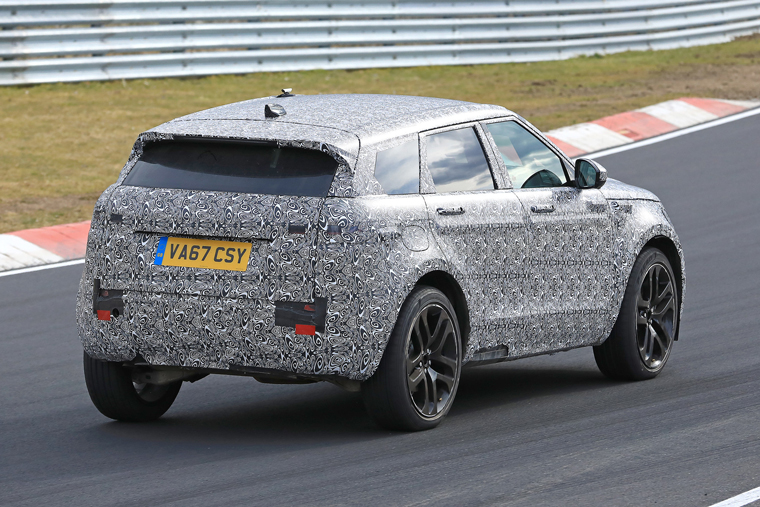