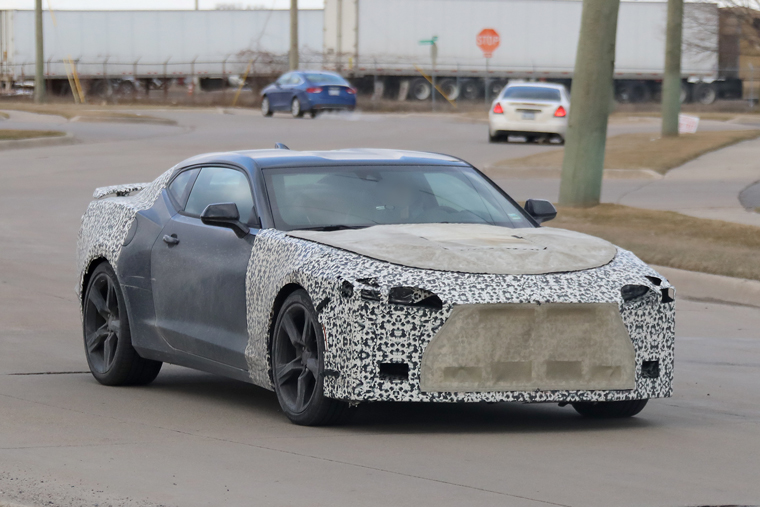 The ’19 Chevy Camaro will retain the six-speed manual (at least in some trims). Rumors have been swirling about a seven-speed manual (borrowed from the C7) mated to the 6.2L Camaro, since Autoguide discovered documents from CARB earlier this year.

The Camaro will get an extensive mid-cycle facelift. Based on the camo on this prototype, the front end on standard models will receive some comprehensive changes from the A-pillar forward. From the shots, it appears that the Camaro will get a more modern, yet aggressive look up front. Around back is a revised rear fascia, along with new taillights. 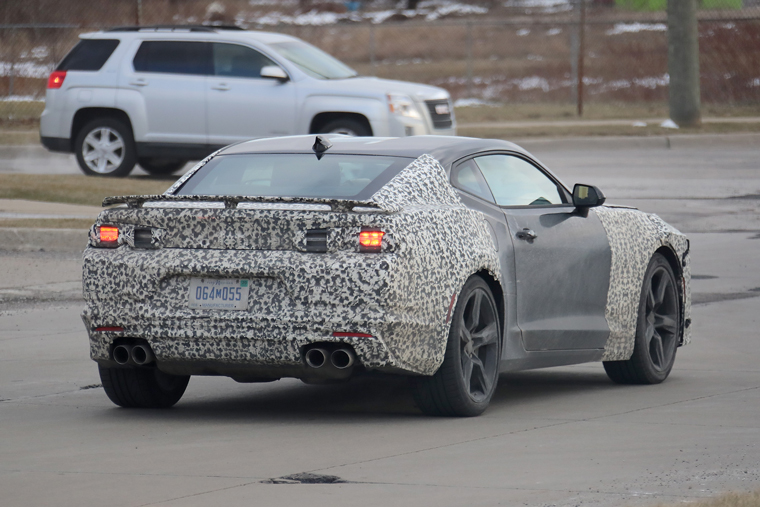